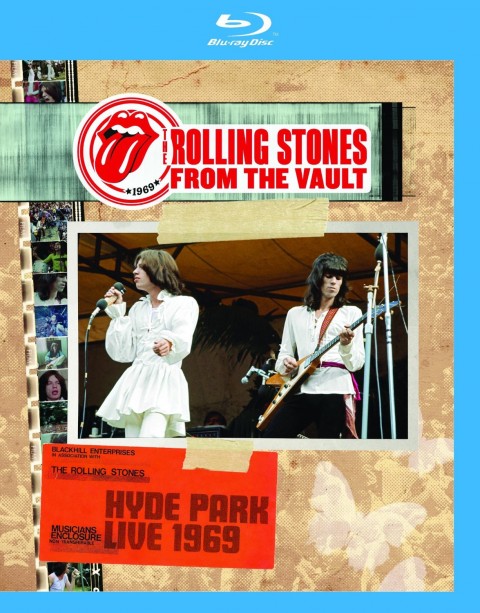 The Rolling Stones‘ 1969 gig at London’s Hyde Park will be the focus of the next ‘From the Vault‘ series.

Amazon US and Canada are currently listing a standalone DVD and Blu-ray editions (no UK pre-orders yet) but with no official announcement and full details of the formats yet to emerge, it remains to be seen whether fans will enjoy the vinyl and CD combo sets offered for previous releases.

The film was originally shot and edited for broadcast on British TV and has been available on DVD (and more recently blu-ray) over the years in the UK. It was also included a few years back on the US version of the Sweet Summer Sun deluxe edition.