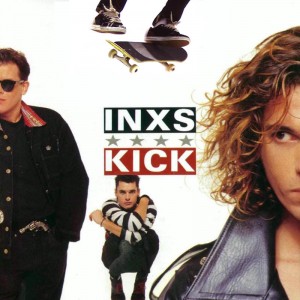 As if it wasn’t enough to have Michael Jackson‘s Bad (Sony),  Peter Gabriel‘s So (EMI) and the Sex Pistol’s Never Mind The Bollocks.. box sets released on the same day (Sep 17th), Mercury Records have decided they want a piece of that particular action and have scheduled the long-rumoured INXS Kick Super Deluxe Edition for the very same Monday in September.

Although we would have preferred the superior Welcome To Wherever You Are to get a 20th anniversary reissue, the labels will always ensure they have squeezed every dollar out of the big popular releases before moving on to less commercially successful fare.

To that end Kick 25, the Super Deluxe Edition, will be a 3CD+DVD set  featuring two bonus discs of remixes, demos, and unheard tracks.

The DVD will feature a documentary, unseen band home footage and promo videos

Also included in the set is a ‘Story of Kick’ hard back book, a poster and a sticker sheet.

Released in 1987, Kick (the band’s sixth album) sold over six million units in the US alone that year. The album spawned four hit singles in New Sensation, Never Tear Us Apart, Devil Inside and Need You Tonight. All went top ten in the US on the Billboard Hot 100 with Need You Tonight hitting the top spot.

Kick 25 will also come as a two-disc cheaper variant, although as the specs and track listings are still to be officially announced it is not clear if this is a 2CD or CD+DVD set. At the time of writing this release has only appeared on UK retail sites.

1. Move On Guitar Version 2. I’m Coming (Home) 3. Mediate Live From America 4. Never Tear Us Apart Live From America 5. Kick Live From America 6. On The Rocks 7. Do Wot You Do (B Side to New Sensation) 8. Mystify Chicago Demo 9. Jesus Was A Man Demo/Outtakes 10. The Trap Demo 11. Guns In The Sky Kick Ass Remix 12. Need You Tonight Mendelson Extended Mix 13. Move On