In March, BMG will reissue Japan‘s third album, Quiet Life, across a number of formats, including a deluxe box set.

The 1979 album (issued a few weeks late, in January 1980, in the UK) was the final album on Hansa Records and became a forerunner for the alternative/new wave sound of the new decade.

The single ‘Quiet Life’ reached number 19 in the UK, but almost two years after the album (having originally been a B-side for non-album single ‘I Second That Emotion’). The Quiet Life album was a creative, rather than commercial success and Japan singles only started to chart once Gentlemen Take Polaroids and Tin Drum (both issued on Virgin in 1981 and 1982 respectively) raised the band’s profile. 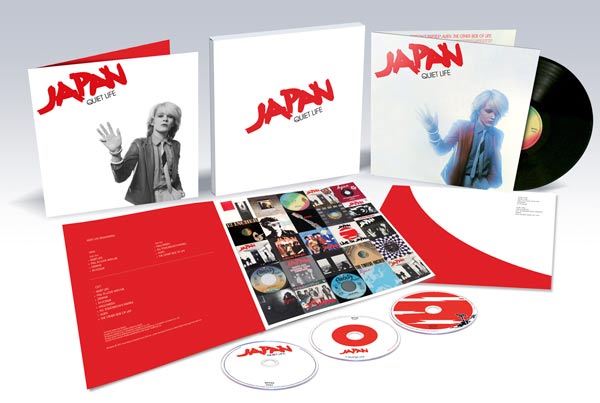 Quiet Life is being reissued as 3CD+LP box set that features a new 2020 remaster of the album on CD and vinyl (the vinyl is half-speed mastered at Abbey Road) along with a disc of alternate mixes, remixes, singles and rarities. This same disc also includes the four-track EP Live in Japan (taken from the March 1980 Budokan show) which had a limited vinyl release in Europe in July of that same year. The third CD in the box set is that same Budokan gig, in full.

In addition to the box set, there are standalone 2020 remasters of the album available on black vinyl, red vinyl (both half-speed) and CD. There is no two-CD deluxe edition, in case you are wondering.

The reissues feature newly restored original album artwork, new sleeve notes with contributions from band members and original producer and rare and unseen photography and memorabilia. BMG have worked with Steve Jansen, Rob Dean, producer John Punter and with band biographer Anthony Reynolds and the Japanese Shinko archive in putting this set together. 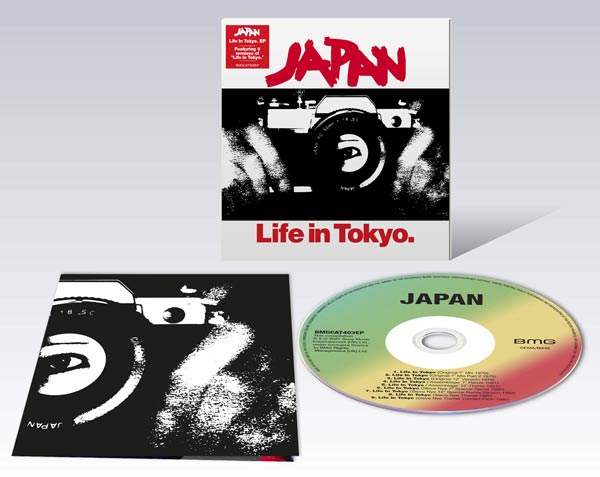 If you are interested, it’s highly recommended that you pre-order this Quiet Life box set from the official Japan store since it comes with an additional nine-track CD single full of original remixes of ‘Life in Tokyo’, only two of which are included in the box itself! This CD single is exclusive to the official store. 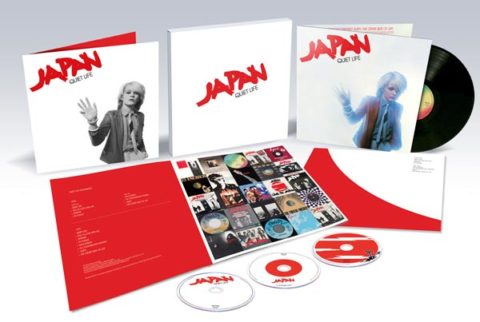