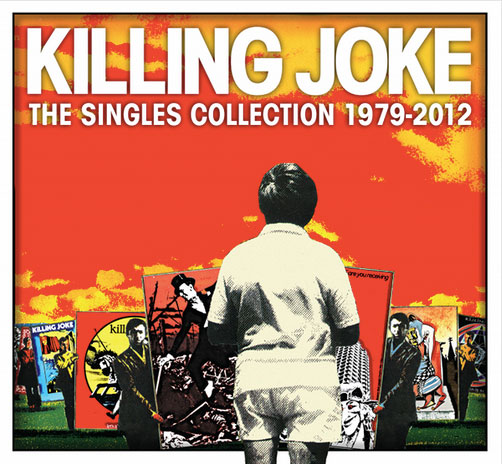 English post-punk band Killing Joke will release a greatest hits set on 15 April 2013 which will be available in three formats. The Singles Collection 1979 – 2012 will be offered as a download, a 3CD set and an exclusive (and expensive) Super Deluxe Edition.

The 3CD set will be a digipack with 33 singles over 2CDs and a bonus disc of unreleased studio recordings on the third disc. This will be a limited release that will revert to a standard 2CD retrospective once the initial 3CD run is sold out.

The Super Deluxe Edition offers the singles as individual CDs with some B-sides in addition to the bonus CD with unreleased studio tracks plus a host various other items.

Track listings have not been issued as yet, but this super deluxe box set is only available to pre-order via direct-to-consumer specialist PledgeMusic – the closing date for orders is Monday 4 February 2013 (which allows for production of the box set, with delivery in April).