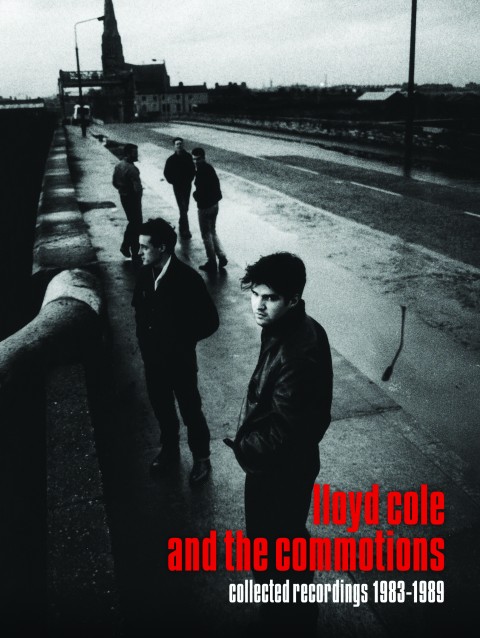 The forthcoming Lloyd Cole and the Commotions box set was exclusively revealed via this blog a few weeks back, but now we can bring you the full track listing of the six-disc set.

To recap, Collected Recordings 1983-1989 contains the three albums released by the group between 1984 and 1987 (Rattlesnakes, Easy Pieces and Mainstream) with significant upgrades in audio promised for Rattlesnakes in particular, since they’ve gone back to the original tapes for remastering and they have apparently created the ‘best sounding version ever available’.

In addition, there is a disc of B-sides, remixes and outtakes. This CD is mainly B-sides to be honest, and as expected (LC hinted as such) the only remix is the ‘Dancing Mix’ of My Bag even though there were extended mixes and long versions of other singles issued. The two ‘outtakes’ are previously unreleased versions of From Grace and Brand New Friend.

Disc five contains the juicy stuff, with 18 ‘demo recordings and rarities‘. Everything is previously unreleased except the demos for Are You Ready To Be Heartbroken? and Perfect Skin (they appeared on the 2004 deluxe reissue of Rattlesnakes). This CD includes six unheard songs and demos of many tracks including Forest Fire and Jennifer She Said, with the latter also appearing as an unreleased version produced by Stewart Copeland and Julian Mendelsohn.

The sixth and final disc is a DVD which includes ten promo videos (they all appeared on the limited edition CD+DVD version of 2004 compilation Lloyd Cole. The Commotions. The Singles.) and eight TV appearances including three from Top of the Pops, and two from The Old Grey Whistle Test.

As well as these six discs, the box comes with a a 48-page hardback book by journalist and broadcaster Pete Paphides, telling the ‘story’ of Lloyd Cole and the Commotions.