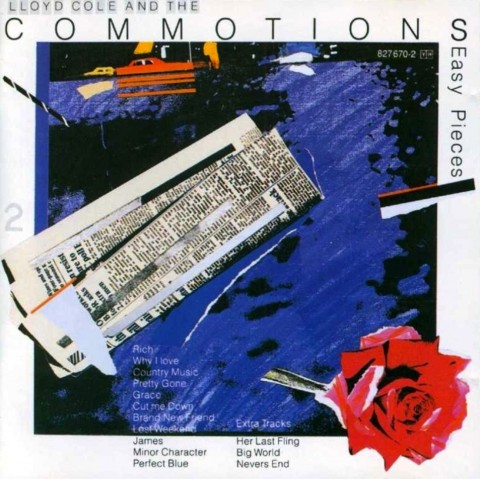 Lloyd Cole has revealed a little more about the forthcoming Lloyd Cole and the Commotions box that he’s working on with Universal Music.

The set will be six discs – five CDs and a DVD. The first three contain remastered versions of Rattlesnakes, Easy Pieces and Mainstream respectively. Of the other two audio discs, one is devoted to B-sides while the final CD celebrates ‘rarities’. The DVD will feature TV performances and promos.

Both bonus CDs are 18-tracks a piece and according to Cole are “about as full of sound as CDs can be”. He went on to divulge a little more to his fans on Facebook:

“What are the rarities? One unreleased 45 A-Side from 83, demos from 83, 85, 86, 87, final Commotions Paul Hardiman sessions (inc early versions of 2 Easy Pieces tracks), Stewart Copeland and Chris Thomas sessions. Most songs you’ll know, a few you almost certainly won’t have heard before. I’d forgotten a couple of them…”

The box set is expected in 2015 but there is no official word from Universal on exactly when.