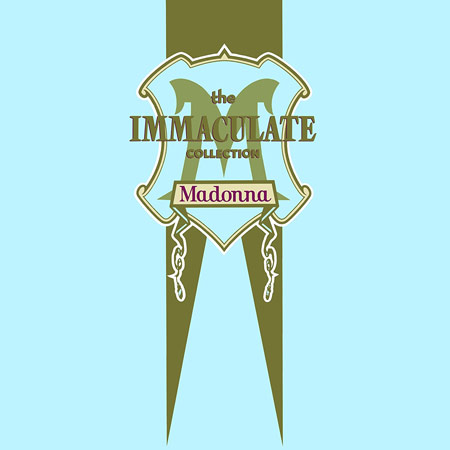 This set has already sold a staggering 30m copies worldwide and contains 17 tracks. At the time, Madonna had released four studio albums (Madonna (1983), Like A Virgin (1984), True Blue (1986) and Like A Prayer (1989)) and had contributed to a few soundtracks including Who’s That Girl and I’m Breathless (the Dick Tracy OST).

As an indication of just how many big hits Madonna had accumulated at this point, there was no place for the Who’s That Girl single or True Blue despite the fact that both songs reached number one in the UK (Pop Quiz: Has any other act left ever left two number ones off their first greatest hits?)

Justify My Love and Rescue Me were the ‘new’ offerings, while many of the 15 other hits were edited remixed variants and not necessarily the single versions (Like A Prayer being a good example).

This double vinyl edition of The Immaculate Collection will be issued by Rhino on 1 June 2018.