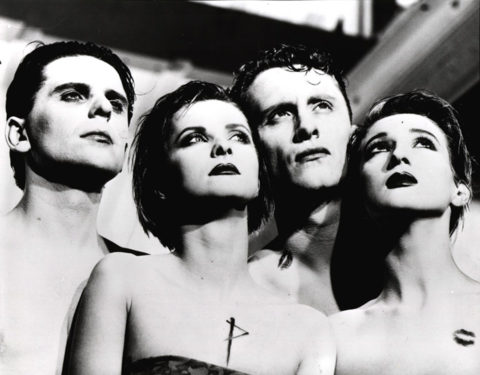 Propaganda photographed in 1985 by Peter Brown. Michael Mertens is on the far left

Michael Mertens, who was in the band and composed or co-composed most of the music on Propaganda‘s 1985 album A Secret Wish, has been quick to come out and call the forthcoming reissue ‘pathetic and beyond ridicule’ and has apologised to fans of Propaganda.

In a message on SuperDeluxeEdition’s Facebook page the musician adds that the words in the press release (repeated on SDE) about Propaganda performing live are a ‘lie’ since he has not ‘been contacted about such an endeavour’.

Below is the full (uncorrected) text of Michael Mertens’ statement, left this morning.

“I am very sorry to be forced to be part of this. For me as an artist it is pathetic and beyond ridicule to see the remains of an industry, namely the music industry, repackage and remarket this over 30 year old recording over and over again. I am not behind this and I apologize to the fans of Propaganda! This is soulless, shallow, unartistic and respectless behavior. To top this, it is garnished with the right out lie, as the above message implies Propaganda as a band would perform the album live in march in London. That is not true. For my part, I can state, that I neither have been contaced about such an endeavor nor do I know, who would assume he or she could authorize such.” – Michael Mertens, 30 November 2017 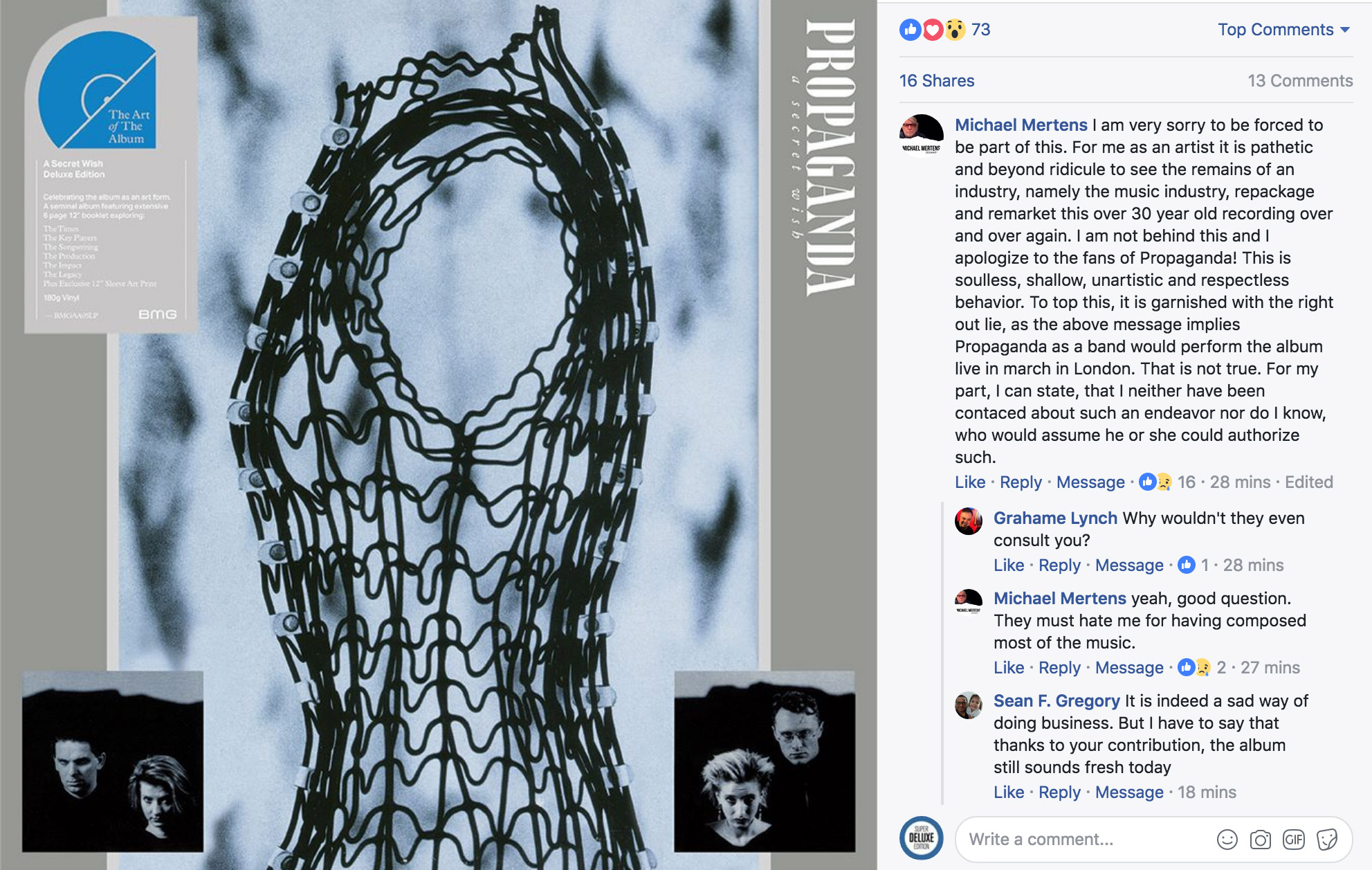 SDE asked BMG to comment. The label came back with the following:

“This Art Of The Album reissue of Propaganda’s ‘A Secret Wish’ has been put together with new sleevenotes telling the story of this unique record via new interviews conducted with the producer Stephen Lipson and former band members Claudia Brücken and Ralf Dörper. In the run up to announcement it came to light that Propaganda band members Claudia Brücken and Susanne Freytag would be performing the music of A Secret Wish together as xPropaganda at selected live dates in 2018, the first to be announced being the London show on 24thMarch 2018. We decided to share this information in our announcement as it is obviously of huge interest to fans of the record, whether they intend to purchase this version of the album or not.” – BMG, 30 November 2017

One thing SDE should stress is that the live band are, it seems, ‘xPropaganda’ not ‘Propaganda’. This has been corrected on the previous post. At this point we don’t know who the musicians are that will join Claudia and Susanne on stage.

What do you make of Michael’s comments? Is he right to criticise the record label? A Secret Wish was reissued as a two-CD deluxe set back in 2010 (with loads of bonus audio) and its companion remix album Wishful Thinking was reissued in 2012. These were both put out by Union Square who are now part of BMG after a takeover a few years back. Leave your own comments with your thoughts.