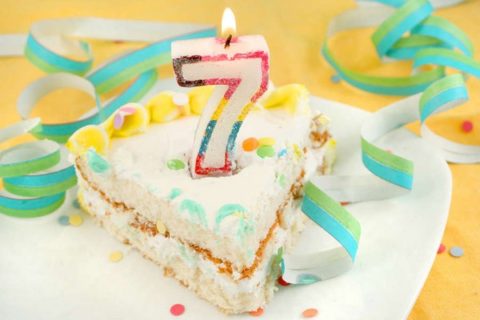 I hesitate to call it a ‘journey’, since that’s a bit too ‘X-Factor’, but it’s been a helluva ride, so far. I tweeted the link to my 2012 interview with Stephen Street the other day where he discusses working with Morrissey on Viva Hate (the album was 30 years old).  I remember doing that in a lunch break in a busy office where I was freelancing as a graphic designer. Happy days…

As always, the biggest thanks goes out you, the SDE reader. I should tell you that my loyalty isn’t with any record label, or PR company or advertiser, it’s with the SDE audience. In many ways, I still feel that this site is something of an ‘outsider’ when it comes to music press. Despite a readership significantly bigger than any of the big monthly music magazines in the UK, SDE isn’t at the top of the list (or even on the list) when invites to PR events are dolled out. There is blatant favouritism towards ‘print’ in this country (ironic when you see what’s happened to the NME) which I put down to an old school mentality with artists, managers who are driven by ego and not by a proper understanding of how their audience actually behave and where they go to read about and discuss music. I’ve never mentioned this before, but believe it or not, I was actively ‘banned’ from the R.E.M. press event last year – attended by Michael Stipe and Mike Mills – that Universal organised when Automatic For The People was reissued as a super deluxe edition box set. Weird.

But hey, it’s probably not a bad thing –  I will just get on and do what I do, slightly under the radar. No one from the management team or the record label gave me ‘permission’ to seek out Messrs Horn, Lipson, Hughes and Froom for the Paul McCartney Flowers in the Dirt interviews – I just did it. And no publication or website on the planet got content anywhere near as good.

I know I’m biased, but the SuperDeluxeEdition site, with its remarkably friendly discourse in the comments section, make this the best place for serious music fans – who like holding the music in their hands – to hang out and discuss albums, box sets, deluxe editions and the like. The knowledge and the passion is incredible. Long may it continue! I have loads of plans for improving the site/experience some of which will come to fruition this year. 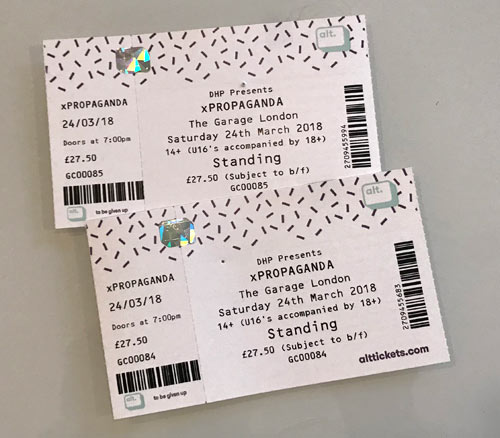 As some of you may be aware, I’m spending the next week in New York. Due to bad planning on my part, that means I’m missing the xPropaganda gig at London’s The Garage on Saturday 24 March. It’s going to be a wonderful night for fans, especially since A Secret Wish producer Stephen Lipson will be joining Claudia and Susanne on stage, for the gig.

Anyway, my loss is somebody else’s gain, since I’m going to give away my tickets in an SDE competition. Normally competitions are open to all, but I’m afraid I’m going to have to restrict this one to UK residents only, since there isn’t really time to ensure the tickets will get anywhere beyond the British Isles. This is also going to be a very quick competition – the deadline is midnight GMT/UTC tomorrow (Sunday 18th March). I will contact the winner straight away and you’ll need to give me your address promptly so the tickets can be posted on Monday morning. Again, apologies but UK residents only, for this one. Enter below.

Win a pair of tickets to xPropaganda 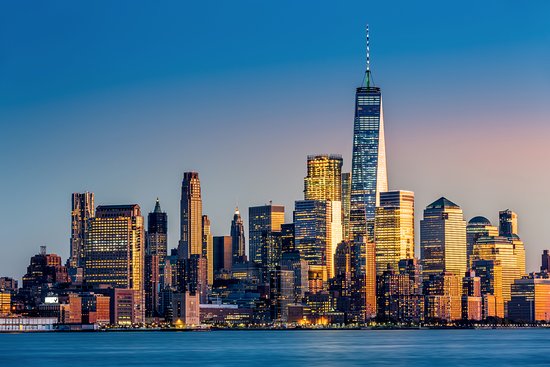 As referenced above I’m literally on my way to New York right now, so SDE will be coming to you from The Big Apple for the next seven days. They’ll be lots of content about various activities, such a trip to the David Bowie Is exhibition in Brooklyn but for an ‘on the go’ flavour of events I’d strongly recommend you follow the SuperDeluxeEdition Instagram account. I’ll be posting loads of photos and will do my best not to come across like an annoying teenager. I’ll also be dropping in to say hello to some friends at Universal Music, Eagle Rock and Analog Spark while in town and will be meeting up with a few SDE readers too, after some of you responded to my newsletter post last week. Can’t wait. 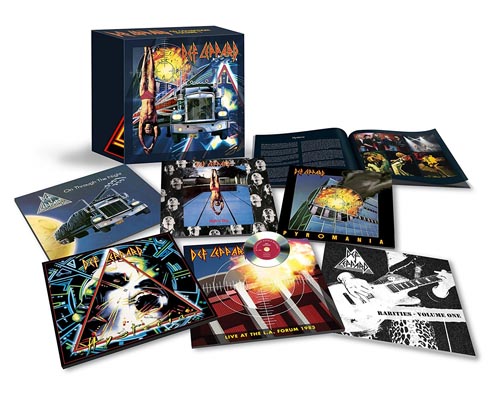 The observant amongst you may have noticed that while vinyl and CD box sets of the newly announced Def Leppard Collection are available the only image shown a few days ago was the vinyl version. That has now been corrected and you can see an approximation of how the CD box will look above (click on it for a closer looks). Note the three-inch CD of the Def Leppard E.P. in the middle! The good news is that this set has dropped from the original £70 pre-order price to £56 which very welcome. Read more about this collection here.