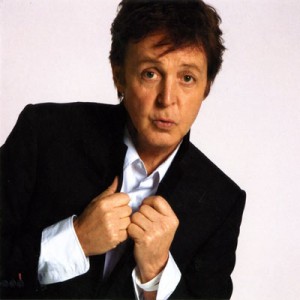 Paul McCartney’s next studio album will be entitled My Valentine and is expected to be released on Feb 6th 2012.

Speaking to French radio station RTL, McCartney described the forthcoming album as “old-fashioned”. He said: “This will sound like the years between 1920-1940, the time when my father was 20. These are songs I heard. My family, my uncles, everybody sang. And there will be pieces I wrote, but in this style. ”

So the album – which has been produced by veteran Tommy Lipuma – is a mixture of standards and McCartney penned songs in that style – presumably along the lines of You Gave Me The Answer and Honey Pie. Diana Krall is of course, Mrs Elvis Costello, so her involvement makes sense given the long-standing friendship between the two men.

The timing of the release and the title would indicate that Concord music are looking for a piece of the Valentine’s Day market, and it will be interesting to see if Paul gets the kind of strong commercial cross-over success that Rod Stewart enjoyed with his American Songbook releases.

A SECOND rock/pop album is also rumoured to be in the works for late 2012 with Paul currently working on songs. Assuming that his archive project continues with at least one more release (likely to be RAM) and that Paul carries on with his never ending series of mini-tours, next year looks likely to be as busy as ever for the musician who will be celebrating his 70th birthday in June.