There was much excitement on Wednesday this week when it was finally clear that Paul McCartney would indeed be releasing a new album this year, and that would be McCartney III.

Any new Paul McCartney album is a big deal, but I think it’s fair to say that his standing/popularity as a solo artist has ebbed and flowed somewhat over the last four decades. When he released Driving Rain in 2001, many people couldn’t have cared less and it stalled at a shockingly low number 46 in the UK album charts. Chaos and Creation in the Backyard from 2005 enjoyed critical acclaim, but it underperformed commercially, to the degree that Paul left EMI after more than four decades with the label to go and seek fresh ideas from Concord Music Group/Hear Music.

Since 2007’s Memory Almost Full, McCartney has issued two ‘proper’ studio albums: 2012’s New and Egypt Station from 2018, both of which used high profile producers like Mark Ronson, Paul Epworth and Greg Kurstin. In fact the last time Paul didn’t have any kind of production assistance was for 1980’s McCartney II. Even Paul’s ‘Fireman’ side-project albums benefit from the sounding board that is Youth, and we know what a great producer he is.

Paul McCartney has actually done something rather clever. Like a filmmaker who needs to put bums on seats, he’s opted for a ‘franchise’ album. You never really know what you’re going to get with a new Macca long-player, but if it’s a ‘McCartney’ album you do know – sort of. The key ingredients are that Paul himself plays all the instruments, he writes all the songs and he produces it. For better or for worse, it’s pure unadulterated, full fat, McCartney. Such a record is likely to produce nuggets of brilliance (‘Maybe I’m Amazed’, ‘Coming Up’) and probably some ‘what-was-he-thinking’ moments too (‘Kreen-Akrore’, ‘Bogey Music’).

One thing that is different is that the marketing machine, the social media, the global reach of the McCartney ‘brand’ is enormous these days. MPL and Capitol Records are not going to sit on their hands and just slip the album out casually on black vinyl and CD, they are going to collaborate and do exclusive deals all over the place to get ‘retail’ interested in Paul’s new record. To that end, they have created a large amount of coloured vinyl exclusives either for certain retailers, or global territories, or both. SDE examines all the options and indicates where you can buy them (if they are still available). 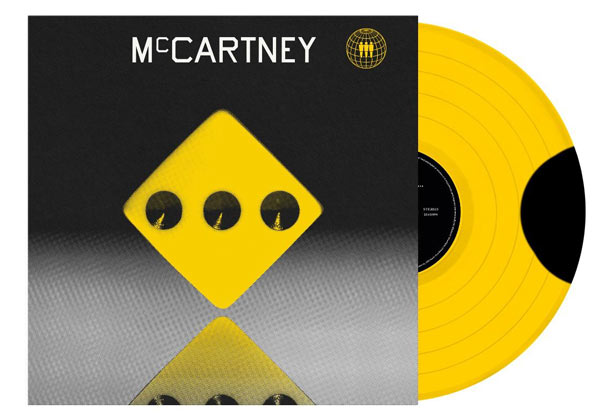 Amazingly, McCartney III wasn’t announced first by Paul directly, but by Third Man Records, the independent record label founded by Jack White in Detroit, Michigan, in 2001. They promoted this special edition an hour or so before the official confirmation from team McCartney.

What’s different? This was limited to 333 copies and is pressed on ‘yellow-with-black-dots’ vinyl created using 33 recycled vinyl copies of McCartney and McCartney II by Third Man Pressing. Cover features a yellow dice and the Third Man logo, top right.

Where to buy: It sold out in about 20 minutes. These are now selling for thousands on eBay, even though no one actually has one in their hands yet. 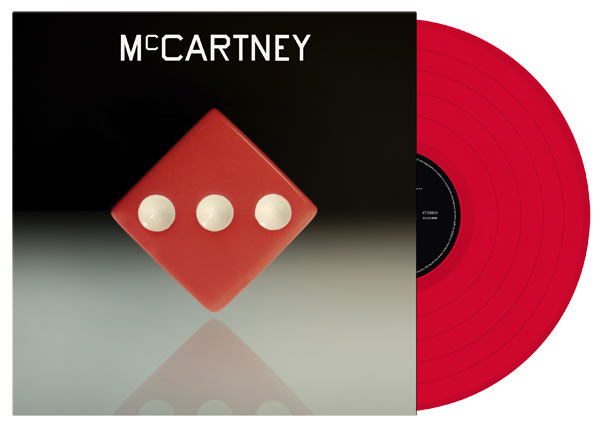 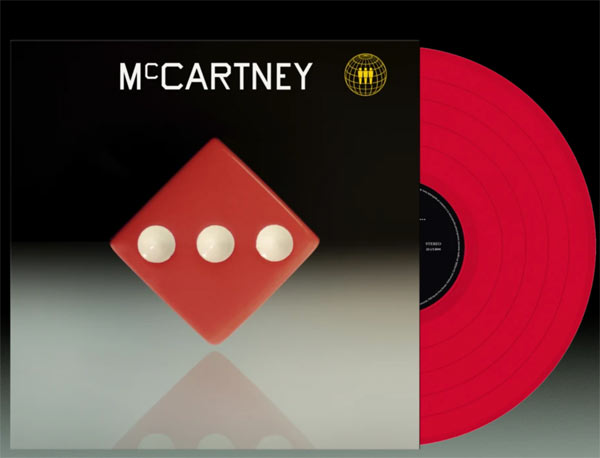 McCartney III pressed on red vinyl. Like the 333 edition this one is pressed at Third Man Records and is limited to 3000 units. It is distinguished from the *other* red version by the yellow Third Man Records logo, top right.

Where to buy: Paul McCartney’s online shop (but sadly sold out) 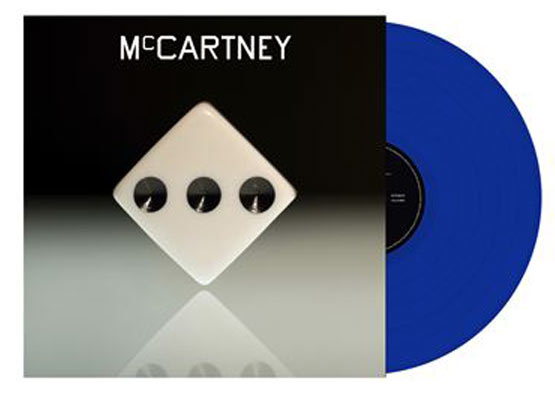 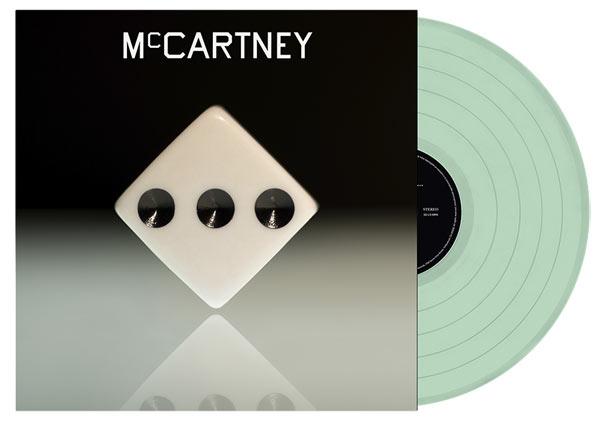 McCartney III pressed on ‘coke bottle’ clear vinyl. This was a Spotify exclusive and fans were emailed with the message “Paul McCartney made you something special”.

Where to buy: Now sold out, although this *was* the link. 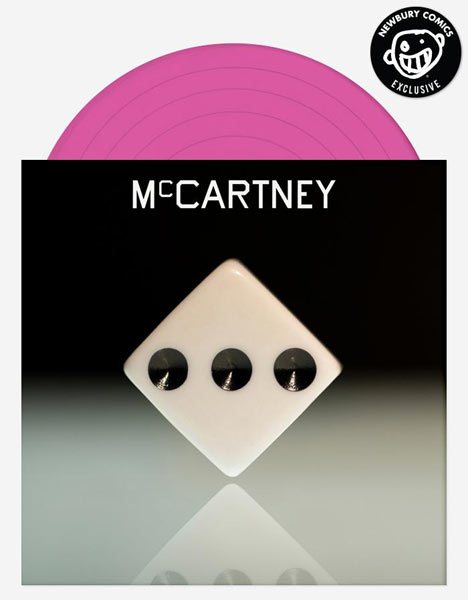 Where to buy: Now sold out, but was available at US retailer Newbury Comics 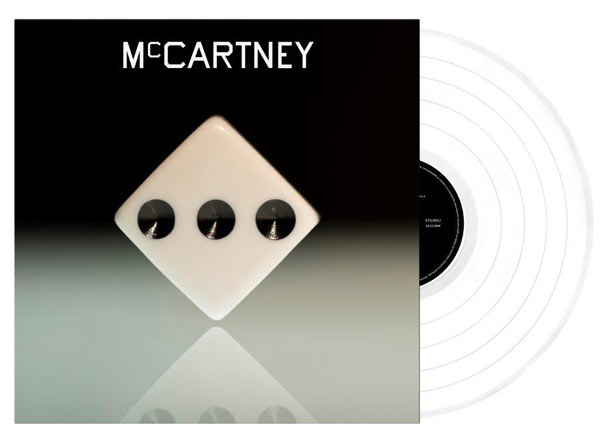 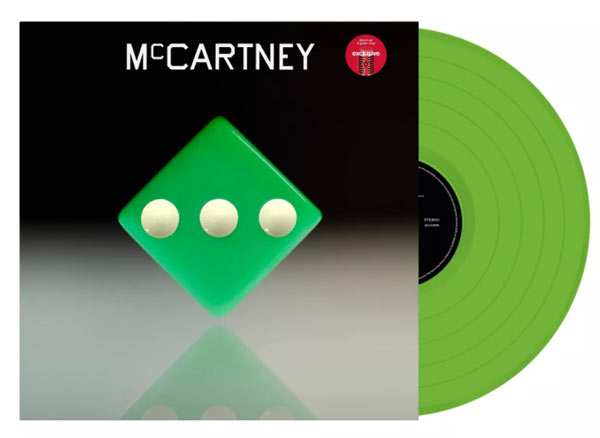 Where to buy: Target in the USA 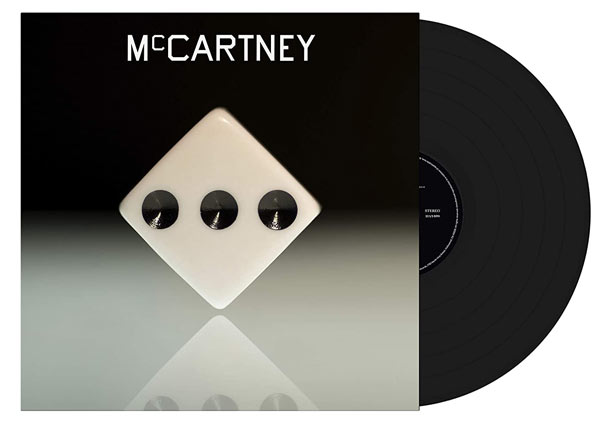 McCartney III pressed on black vinyl. Standard front cover artwork features a white dice. The irony is that this could become the rarest vinyl since everyone is opting for the coloured varieties! 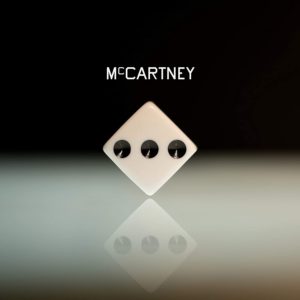 There are no CDs with any kind of bonus tracks, but Target in the USA do have a CD with alternate cover art (green dice rather than white). That same version is also available in JPC in Germany, so since Target won’t ship to Europe/UK then that is probably the best option if you want this. 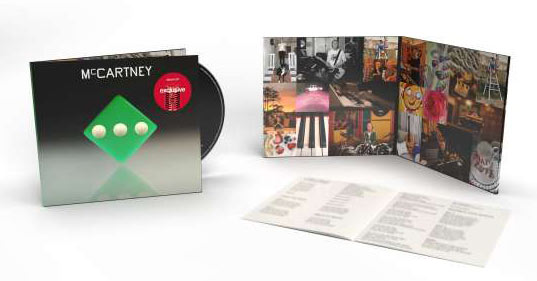 McCartney III CD with green dice on the cover 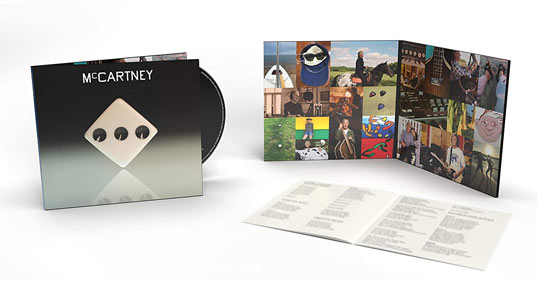 This is the ‘normal’ CD that is widely available.

The Prog Chorus: McCartney back on track with new album Egypt Station