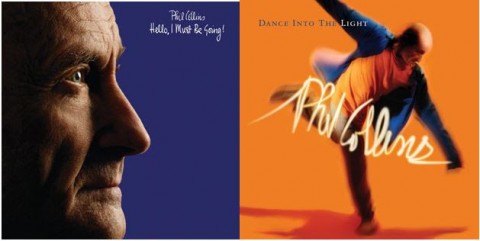 No hanging around, as Warners and Phil Collins plan to follow-up the as-yet-unissued reissues of Face Value and Both Sides – phase one of the ‘Take A Look At Me Now’ retrospective campaign – just four weeks later, with two disc deluxe editions of Hello, I Must Be Going and Dance Into The Light due at the end of February…

The pattern of pairing an early album with a later offering is maintained and since both Hello, I Must Be Going (1982) and Dance Into The Light (1996) were the respective follow-ups to Face Value and Both Sides, there is a high probability that phase three will consist of No Jacket Required and Testify (with the final releases likely to be …But Seriously and Going Back).

As before, these new sets are “entirely” curated and compiled by Collins, and as the track listings below illustrate, he is not deviating from his plan to show “how nicely the songs developed when played on stage, rather than showing how they originated”. So live tracks dominate the bonus discs of both Hello, I Must Be Going and Dance Into The Light with only the occasional B-side and demo. It’s good to see the artist getting his hands dirty and getting involved but whether Collins has his finger on the pulse of what his audience really wants from an archival reissue is up for debate. Fan reaction from the previous announcement suggests that this is a flawed approach.

Warners have certainly given Collins a great deal of freedom, even allowing him to change the cover art, with identical images of the 64-year old songwriter and musician replacing his younger self. This treatment is probably the one aspect of this campaign that has won plaudits and you have to admire Collins’ lack of vanity, although if truth be told, it doesn’t really work for Dance Into The Light.

Hello, I Must Be Going! and Dance Into The Light will be available as two-CD deluxe sets and 180g vinyl editions which feature the album without any bonus material. Nick Davis handles remastering once more.

Hello, I Must Be Going! and Dance Into The Light are reissued on 26 February 2016. 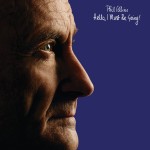 Hello, I Must Be Going 2CD Deluxe Edition 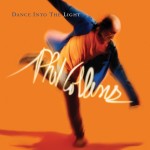 Hello, I Must Be Going 2CD Deluxe

Dance Into The Light 2CD Deluxe