Keane release a new album, Cause and Effect, in September.

This record is their fifth, after a five-year hiatus and includes the new single The Way I Feel which features a Kevin Godley-directed video (see below).

In a statement, it is claimed that the birth of the new album “came as something of a surprise even to the band” with singer Tom Chaplin saying he missed his old sparring partner Tim Rice-Oxley (Chaplin has released two solo albums). “I found myself wondering how I had come to let this very enigmatic and important relationship in my life drift,” Tom says.

The signed deluxe CD (featuring five bonus tracks) is now sold out, but there’s also a super deluxe edition which adds a bonus ‘Retroactive’ CD, the album on black vinyl and then a bonus blue 10-inch single containing the five extra tracks from the deluxe CD. This super deluxe comes in a book format. The album is of course available as a standard black vinyl.

Cause and Effect will be released on 20 September 2019 via Universal.

Cause and Effect super deluxe edition

Cause and Effect black vinyl 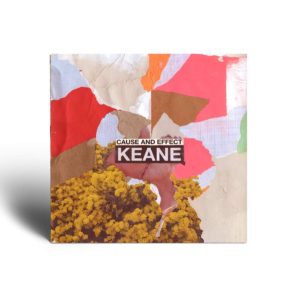 Cause and Effect Deluxe CD 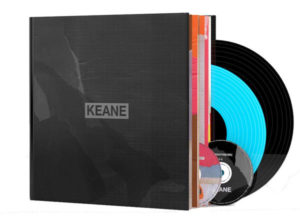 Includes deluxe CD listed above, plus:

Cause and Effect vinyl LP