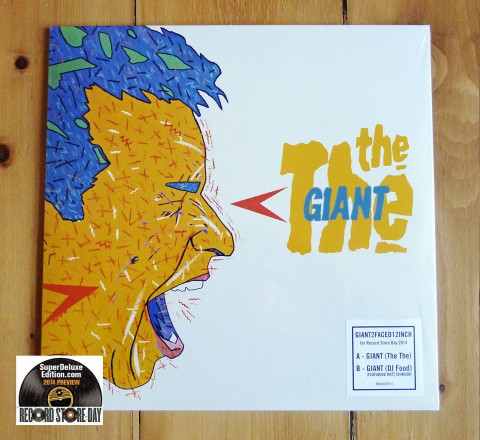 As a precursor to the Soul Mining vinyl box set Sony Music are issuing a limited edition The The twelve-inch vinyl single for Record Store Day 2014.

This so called ‘GIANT2FACED12INCH‘ features the track Giant from Soul Mining, with the DJ Food version of the same track on the B-side (originally issued on the 2011 album The Search Engine).

This twelve-inch single is only available on 19 April 2014 from participating independent record shops. The Soul Mining 30th Anniversary Deluxe Edition is reissued on 30 June 2014