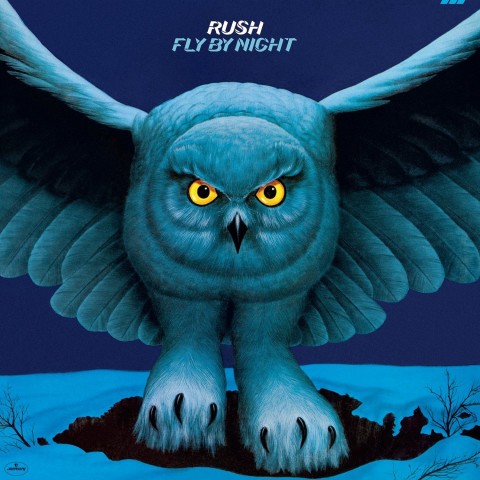 Rush‘s second album, 1975’s Fly By Night will be reissued for its 40th anniversary next month, kicking off a 12-month reissue campaign.

The album was the first to feature drummer Neil Peart and contains the singles Fly By Night and Making Memories. It will be reissued on vinyl and blu-ray audio but not CD. There will also be hi-res download options available.

The vinyl record will come with a code for a “320kbps MP4 vinyl ripped digital audio album download” while the blu-ray audio will feature a 96/24 hi-res stereo version of the album, as well as a 5.1 surround sound mix (presumably the Richard Chycki mix used on 2011’s Sector 1 box).

Other albums will be reissued on vinyl (and digital) in 2015 but only A Farewell to Kings and Signals will also get the blu-ray audio treatment. 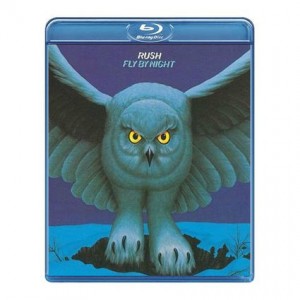 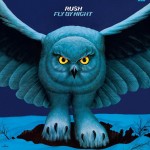 If you have the sector box sets which includes the DVD-As of “Fly By Night”, “A Farewell To Kings”, and “Signals”, then there’s really no reason to purchase the Blu-Ray editions since from what I understand, they are basically the same sources. I’ve also read the “Fly By Night” has sound issues that aren’t on the DVD-A version. For those not familiar with teither of the 3 “Sector” box sets, they are 6 disc sets including the DVD-As “specifically remixed on DVD in high resolution 96 kHz/24-bit, 5.1 surround sound and stereo, compatible with both DVD Audio players and DVD-Video players”. The “Sector” box sets are still available today however I wouldn’t be surprised if each will be OOP soon.

The beginning of each track is dropping out and playback starts about a second or two in from actual beginning. My BD firmware is up to date.

Don’t ask me why, the label doesn’t know what they’re doing. They keep on throwing in a download card for a free copy of the digital track version of the album. They came in high quality WAVE files – not FLAC and in stereo.
At least it was better than Derek & The Dominoes’ Layla BR Audio which included low quality MP3s.
There are no extras. Aside from the DTS Master Audio, you have the same mixes that were released in the “Sector 1” box set.
Finally, the Universal Music web site listed and extended ending to By Tor & The Snow Dog. Nope. Same length as the CD and DVD editions.

So anyone know how the Blue-Ray audio will compare to the already released HD-Tracks versions?

Paul, would you mind fixing that number (40th anniv instead of 30th anniv)?!

It is true that from the end of the 1970’s and certainly in the 1980’s, studios went from using analog tape decks, to digital u-matic machines. The u-matic is based on the technology found in VHS tape machines. All through the 1980’s the u-matic machines were 16 bit 44,1 kHz. But like it says on the XRCD version of Dire Straits: Brothers in arms. It is made of an analog control tape that was made during the recordings. How much studios used an analog control tape besides the digital ones, is not known.
But still, IF the mastering and mixing is done right, a CD can sound really good. There are many SACD’s out there, that in fact are only cd-quality.

One thing that worries me about these HD audio downloads – the mid to late 80’s albums (Power Windows, Hold Your Fire, Presto) were DDD recordings; i.e they were recorded digitally using the studio technology of the time. I’d be very surprised if that used a sampling rate higher than 44.1 kHz, or much more than 16 bits; I guess studios might have had access to 20-bit recorders, and potentially DAT sampling frequencies of 48 kHz, but high-def digital as we know it didn’t exist. So I am wondering just how they can genuinely create high-res versions of them now; I’d suspect the relevant audio information was never actually recorded! I’ve already been burned on this by (without thinking) buying the SACD of Presto – it was only after I listened to it (and found it no better than the original) that I realised that an SACD of something that was originally recorded in PCM is an utter waste of time and money.

The HD versions of the early analogue recordings might be worthwhile, but I very much doubt the later digital stuff will sound any better than the original CDs.

Pleased they’re issuing these on vinyl. Always the way these albums were meant to be heard and still my favourite way to hear early Rush. Looks like they’re using the existing DVD-A files from the Sector sets for the Blu-ray audio. Therefore, no reason to buy if you already have these and a DVD-A player.

More info here: http://www.rush.com/category/news/
Only 3 albums will be released as blu-ray audio. Fly by night, A farewell to kings, and Signals. The rest is vinyl, with download option. I will buy the ones that comes out as blu-ray audio. My reason for buying them, are the 5.1 recordings, that exists on these discs. Vinyl will NOT get my money.
I think they should release everything on blu-ray audio with 5.1. Aaah well, 2025 is the 50:th anniversary, maybe then……… :)

For a proper 5.1-Mix you need the original multitrack-tapes. But as Alex Lifeson stated in an earlier interview, not all of the multitracks are available. That depends on the fact, that in the past the multitrack tapes normaly belonged to the property of the studio. So some of the tapes were lost … “Permanent Waves” for example. There are only the 2-track master tapes available. So it’s not possible to create good surround-mixes of some of the older albums.

So Fly By Night was released in 1985 instead of Power Windows interesting lol. How many more times will these albums be reissued and without any bonus tracks which seem to be non existent.

Hi Neil- In recent interviews with Neil Peart, He’s said that they simply don’t have any bonus (studio) tracks because they “never give up on a tune”- they either keep working on a song until they’re happy with it and it goes on the album, or they dump it altogether and it never even gets as far as being recorded as a full song.

Will these be released in box sets like the first album or just replica LP covers of the originals?

No it looks like the box set was just for the debut. So just replica vinyl.

Any idea if the Blu-ray comes with the high-res download code?

Whoops – just re-read more carefully. Looks like high-res download options are separate from the physical media, but the vinyl version gets a lossy download (needle drop or remaster?).

Er, even if I wasn’t a massive Rush fan I reckon I would still need to point out that an album released in 1975 will be having its 40th anniversary in 2015, not its 30th!

That’s what it sounds like. This happened for Nick Drake and The The also.