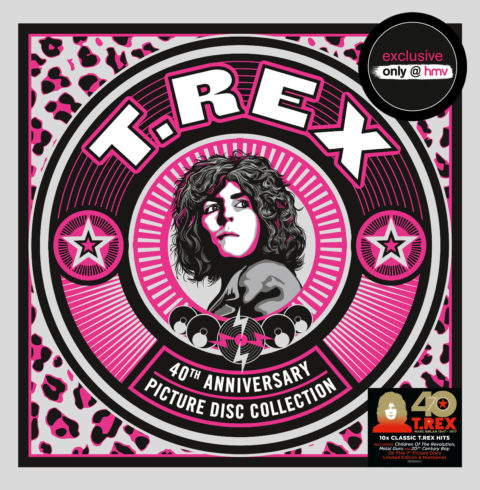 Demon Records are issuing a special limited edition five-disc T. Rex 40th Anniversary Picture Disc Collection next month, that will be available exclusively from HMV in the UK.

Released to coincide with the 40th Anniversary of Bolan’s untimely death, this set presents ten iconic T. Rex singles (including Telegram Sam, Metal Guru and Children Of The Revolution) pressed on five seven-inch picture discs, in smart die-cut sleeves, all housed in a lift off lid box. 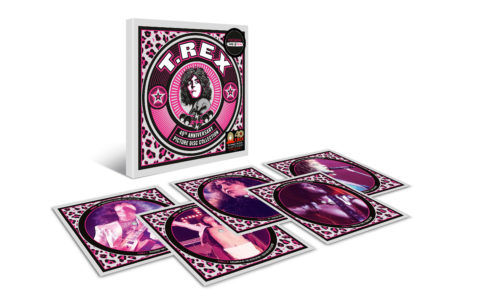 Each picture disc features photography from Barry Plummer, representing the era of each single. Only 1000 of these numbered sets are available and you get FREE delivery although unfortunately for those not in Britain, HMV will not ship outside the UK. 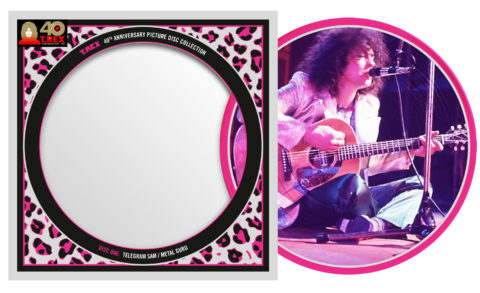 This 40th Anniversary Picture Disc Collection will be released on 13 October 2017. Secure your copy by pre-ordering using the graphic below. Some of these will also be available in-store, although how these are allocated is not clear right now. 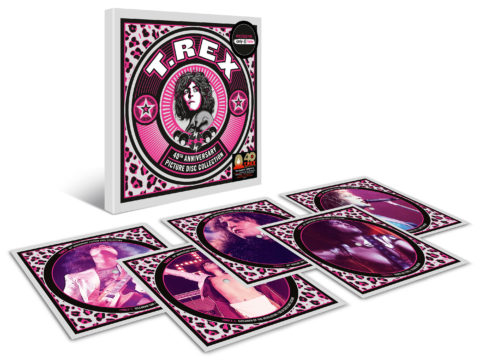