On vinyl for the first time • Coloured vinyl edition

The La’s ‘BBC In Session’ was originally released in 2006 on CD but will be issued on vinyl for the first time later this month.

This edition comes in a gatefold sleeve and is released on 24 May 2019 via Universal Music (a little later in the USA). 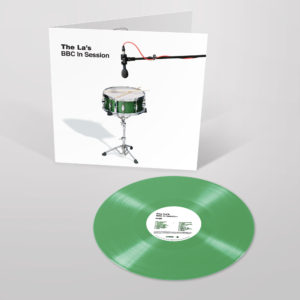