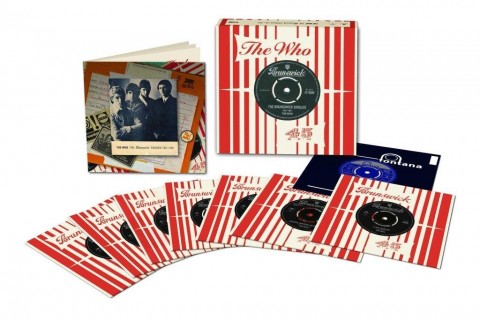 The Who are releasing a new seven-inch vinyl box set in April. The Brunswick Singles Box contains seven seven-inch singles and is the first of four limited edition box sets covering the four labels that band released music through. Reaction, Track and Polydor box sets are promised for 2015/16.

This box documents the start of The Who’s career and all the records are pressed on heavyweight vinyl with paper sleeves (reproducing the period graphics front and back) and are housed in a rigid ‘lid-and-tray’ outer box and a colour booklet featuring liner notes for each release.

This includes early classics such as I Can’t Explain, Anyway, Anyhow, Anywhere, My Generation as well as unreleased single – Circles (backed with Instant Party Mixture).

There is actually a bonus seven-inch (making it an eight-disc set) which features the band’s first single, as the High Numbers – Zoot Suit b/w I’m The Face.

There is more vinyl to come from The Who in this 50th Anniversary year, with all the albums being reissued in March and The Who Hits 50 compilation also being put out of double vinyl following the CD release before Christmas. The Brunswick Singles 1965-66 vinyl box is released on 6 April 2015. 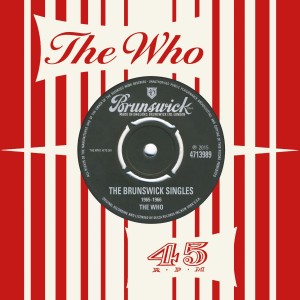