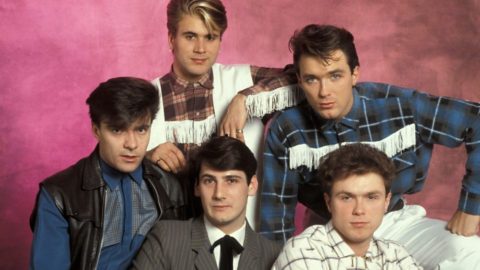 “Due to circumstances beyond my control, it is with deep regret that I am required to state that I am no longer a member of the band Spandau Ballet and as such I will not be performing with the band in the future.”

In response, the band issued their own statement:

“Much to our frustration, Tony had made it clear in September 2016 that he didn’t want to work with the band anymore. This has not changed and 2015 was the last time we were able to perform or work with him. So we have now made the decision to move on as a band.”

An additional insight comes from songwriter Gary Kemp, who in an as yet unpublished interview, told this blog earlier in the year that “we had three major labels offering us [the opportunity] to do a new album last year and I have the songs. Tony is doing his solo projects and he just didn’t want to do it. It’s as simple as that. There’s still grudges from the past that no one can get over.”

That last sentence is undoubtedly a reference to the unsuccessful court case that Tony Hadley, Steve Norman and John Keeble launched an against Gary Kemp in the 1990s, for a share of his songwriting royalties.

During their career, Spandau Ballet enjoyed ten UK top 10 hit singles (including one number one, True) and eight UK top ten albums (again, True was the only number one).

Despite a fair amount of activity in recent years, the band’s last studio album of new material was 1989’s Heart Like A Sky. Their most recent release was 2014’s hits set The Story – The Very Best of Spandau Ballet which contained three new songs. SDE reviewed this at the time and ironically thought that Soul Boy – written by Tony Hadley – was best of the trio.

It remains to be seen how the group will ‘move on as a band’ without Hadley.