Tori Amos has teamed up with Z2 Comics to create a ‘graphic album’ that celebrates 30 years of her debut solo debut Little Earthquakes.

This graphic novel “demonstrates the lasting influence of this defining work” with 24 stories inspired by the 12 songs on the album. Amongst the writers will be Neil Gaiman and Margaret Atwood. The book is being put together by Z2 editor Rantz Hoseley, who previously edited the award-winning Comic Book Tattoo, and who painted the cover for Tori’s Christmastide EP from 2020.

There are three versions of this graphic album:

The big question is whether that B-sides vinyl picture disc will be made available separately at any point. If not, then the deluxe edition seems quite attractive, despite the high price. Indeed, when Tori confirmed with SDE late last year that there were plans to celebrate Little Earthquakes we assumed she meant a music box set, but perhaps her thoughts went to this ‘graphic album’?

The other thing to consider is that Z2 Comics launched a Blondie graphic novel in February 2021 which has been subject to loads of delays and is now ‘expected’ to be released in August of this year. To be fair, that’s probably not entirely their fault since the super deluxe edition of that Blondie novel includes a “very special Blondie music bundle (to be announced)” which will almost certainly be the box set that UMC are working on.

Little Earthquakes: The Graphic Album will be released on 30 September 2022. 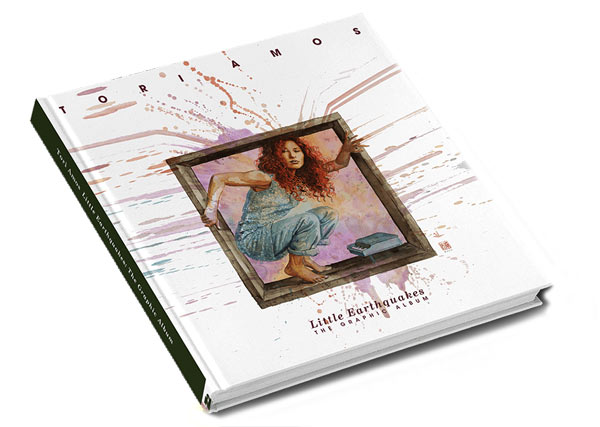 Tori Amos will release her new album Native Invader in September this year.