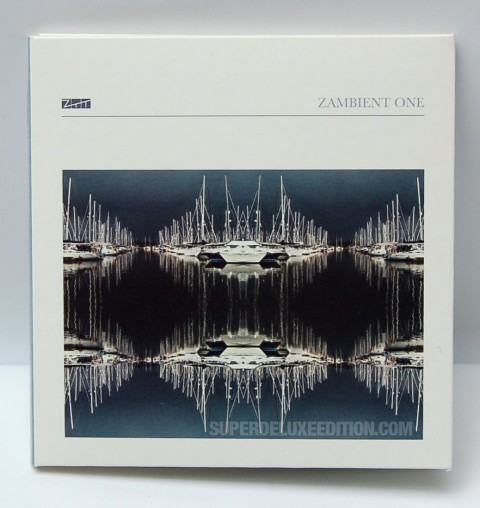 After a reasonably busy second half of last year, ZTT have been fairly quiet of late. That has all changed, with the release of the limited edition Record Store Day Frankie Goes To Hollywood shaped picture disc last weekend, and the recent announcement of a new compilation, Zambient One.

Described as ‘the soundtrack to an imaginary road movie’, Zambient One is a 13-track one-CD set (unmixed) that kicks off with the Art Of Noise‘s Moments In Love (Beating Hart’s Mix) and ends with the Mint Juleps‘ take on Neil Young’s Only Love Can Break Your Heart. On the way the journey takes in tracks such as Tracy Ullman‘s I Know What Boys Like (from the Stiff Records archive, like the Mint Juleps track) and Kirsty MacColl‘s Walking Down Madison (the slinky ‘6AM Ambient Mix’).

Almost inevitably, the cash cow that is Frankie Goes To Hollywood comes out to graze, and so halfway through this make-believe road movie, we pull over to stretch our legs and enjoy Relax (Sex Mix, Edition Two). This is an 8.25 edit of the very original 16 minute Sex Mix (the version that ‘forgets’ to play the actual song at the end).

2013 is a significant year for ZTT – it’s their 30th anniversary. This playful compilation is, we hope, very much an Hors d’oeuvre for some great celebrations and reissues to come.

Zambient One is released on 3 June 2012 via Salvo Records.