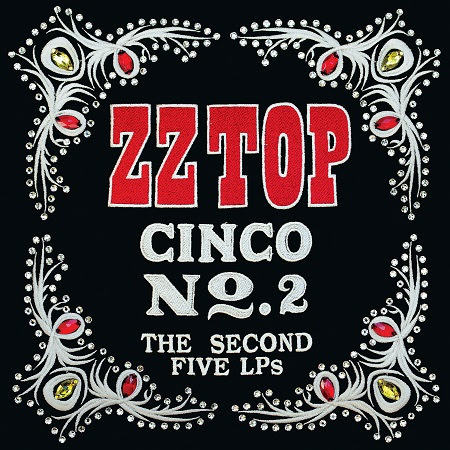 ZZ Top are set to release a new vinyl box set in June. Cinco No. 2: The Second Five LPs feature five albums recorded between 1979 and 1990, including Eliminator and Afterburner.

This is a follow-up to last year’s The First Five LPs box and audio has been “sourced from the original masters” (no word on whether this is digital or analogue cut) and as you might expect, all five studio albums pressed on heavyweight 180-gram vinyl.

This set ties in not only with the band’s first residency at The Venetian Theatre in Las Vegas (I say ‘residency’ – they are actually only doing five nights) but also an American tour which runs from the late May through to the end of June.

Cinco: The Second Five LPs will be released on 2 June 2018. For once, the UK price is actually the cheapest!