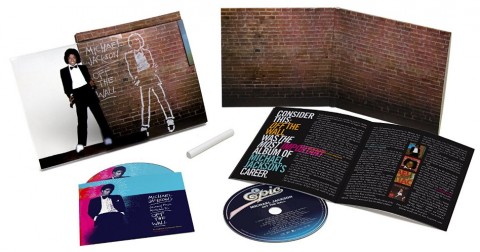 Here’s a look at the packaging for the forthcoming Michael Jackson Off The Wall reissue.

The two-disc set is available in CD+Blu-ray or CD+DVD configurations, but bonus material is confined to Spike Lee’s new documentary: Michael Jackson’s Journey from Motown to Off the Wall. There is no additional audio at all.

The above visuals confirm that this is a deluxe ‘softpak’ and does indeed include a piece of chalk with inside panels (the brickwork on the gatefold) with a chalkboard finish. It looks as if there is an overprinted transparent sleeve which slides over the top of the softpak featuring the iconic image of Jackson in his tuxedo (original hair restored).

Update: 26 January – Sony have told SDE that the source for the Off The Wall audio is an “upgraded MFIT master that was created for iTunes” 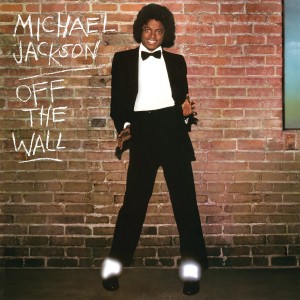 DVD/Blu-ray
Spike Lee documentary: Michael Jackson’s Journey from Motown to Off the Wall

Bowie’s Birthday Many happy returns to David Bowie who was 69 yesterday. He’s looking great – even…