Last month Universal Music’s enormous Moody Blues Timeless Flight 17-disc super deluxe box set was released, and like a few recent box sets (Wings Over America, Smashing Pumpkin’s Mellon Collie and the Infinite Sadness) it retails at well over £100 (nearer to £200 on amazon UK at the time of writing).

Unlike those sets, Timeless Flight celebrates an entire career, and Mark Powell (who researched, compiled and produced this set) has done an incredible job in terms of the audio within (14 discs of it, including three DVDs with six albums in 5.1 surround sound), the video content (a further three DVDs) and the supporting content of which the 124-page hardback book is the outstanding element.

The book is one of the very best we’ve seen in a super deluxe music set, with a seemingly endless amount of archive photography, sitting alongside words which tell the story of the band.

Inevitably, hardcore fans will have much of this material before, whether that be from now out-of-print SACDs, or the 5-disc Time Traveller box set from 1996, but the scale of the ambition in putting this set together is admirable. And Universal have gone out of their way to offer cheaper alternatives, so 2-disc and 4-discs sets are available. 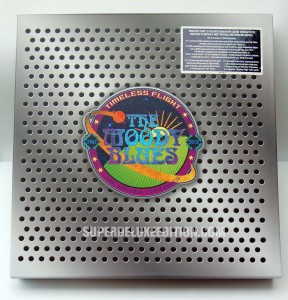 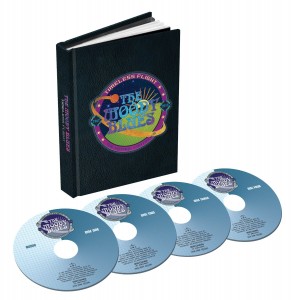