Mark Knopfler‘s new album Tracker was announced the other day and as well as a deluxe CD being available, a five-disc super deluxe box is also being released.

The follow-up to 2012’s rather good Privateering is produced by Knopfler and Guy Fletcher. The deluxe CD adds four bonus tracks to the 11-track album (.38 Special, My Heart Has Never Changed, Terminal Of Tribute To and Heart Of Oak) while the super deluxe box set adds two further bonus tracks.

The box contains the CD, the six-track bonus CD, a 2LP vinyl edition of the album and a DVD containing an exclusive video and interviews. You also get a numbered art print and six photographic prints. According to Virgin/EMI the box is very limited with only 300 copies being produced, so if you’re interested it might be worth getting your order in pronto!

Update: Universal have now removed the text stating that this is limited to 300 copies. Check out the comments below for more. 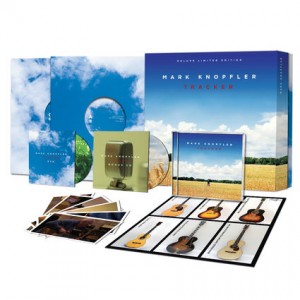 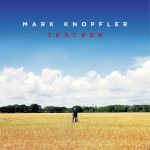