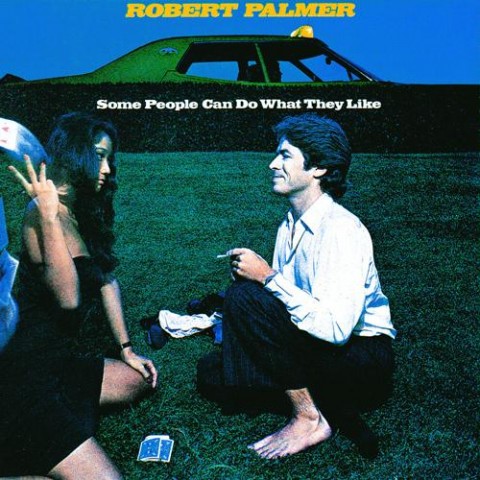 When Edsel Records reissued Robert Palmer‘s Island era albums on CD, we were delighted. Regular SDE readers will know, we rate the Yorkshireman’s diverse ’70s output highly and like many fans were frustrated with the lack of activity around his catalogue.

Although the reissues that came out at the end of August were budget conscious combo-packs, with two albums in each set (three, in one case), the packaging itself was excellent, with slipcases, thick booklets, essays, lyrics and some great archive photography and scans of sleeves and record labels. Most of the albums also came with bonus tracks.

Unfortunately, enthusiasts who’d purchased these sets started reporting in online music forums that the sound quality was not what you might expect from an original tape transfer. Some were stating that the albums looked like they’d been mastered from MP3s.

That got us thinking. If the new Edsel releases are indeed less-than-optimum, then what is the best way to listen to Robert Palmer’s Island albums? Exactly which CDs sound the best? Are the Edsel reissues, really that bad?

There are a number of different masterings, and rather than heap amateur analysis on top of amateur analysis, we asked mastering engineer Nick Watson to give us his professional opinion. In his 23 year career Nick has worked with bands like Faith No More, The Kinks and The Libertines and he co-owns (with Tim Debney) of Fluid Mastering in London.

We gave Nick three versions of Palmer’s 1976 album Some People Can Do What They Like and asked him to analyse them. One was the new 2013 Edsel CD, the second was an original Island CD from the 1980s, and the final disc was the 2011 remaster from US label Culture Factory. To keep things simple this comparison is based on the first track of the album One Last Look. Here’s what Nick had to say. 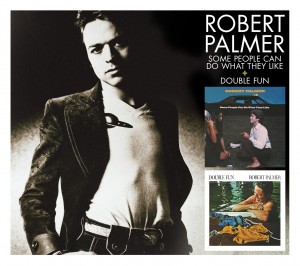 The spectrogram image (above) shows clearly that there is no useful audio data on the CD above 16kHz, and the blocky nature of the display is consistent with the audio having been subjected to some form of data compression such as MP3 or AAC or similar. The sound of the disc is also consistent with this, with the top end of the recording appearing to switch on and off, the stereo image flinching, and some twittering artifacts in the top end, as one would expect from low resolution data-compressed signal. As a test, using a clean uncompressed version of the same track as a control, I found that a reduction of the bitrate to about 192kbps was required to reduce the perceived quality to something similar to the Edsel CD (see this image to illustrate).

Original Island CD from the 1980s

This CD sounds exactly as one might expect for a reissue done at this time. The EQ is quite thin and the sound is slightly brittle – although once the listener has adjusted to this there are no unusual or distracting artifacts. The stereo image is open and consistent. This sounds like an album that could do with being properly remastered, from the original tapes, with a little extra warmth and bass in the EQ and the more natural and transparent sound of good quality modern A to D conversion.

Looking at the spectrogram, you can see that the frequency response continues upwards from 16kHz and there is none of the blockiness of the Edsel image. Another interesting point is at the extreme high end you can see the response tails away smoothly, but rapidly, at about 21kHz. This would probably be due to the more aggressive filters used in A to D converters in the 80s and early 90s. 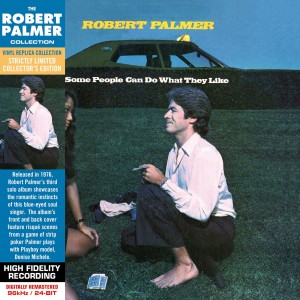 The spectrogram on this version has no blockiness and no rapid rolloff of the high frequencies. This would demonstrate that as far as digital processing is concerned, this version has suffered the least degradation, i.e. it has not been data compressed and was converted from analogue to digital using more recent technology.

The sound of this version however is dreadful. The tone of it would suggest that at least 8 dB of boost has been applied at around 2kHz giving it what you might describe as a telephonic kind of brightness, and the stereo image swerves from side to side wildly and seemingly at random, with the left channel becoming so loud at times that clipping distortion is audible. Given that no engineer in his right mind would do this to a recording (and I’m allowing for the fact that plenty of engineers do some pretty awful things in the mastering world) I can only assume that on this occasion the guy left the room and what we hear on the Culture Factory CD is the result of the cat walking across the console. All of which is a real shame as it’s a great album, and one that I would enjoy listening to for pleasure.

Given the choice between these three CD editions, the hands-down winner for me is the original ’80s Island reissue – which, for all its faults (faults it shares with pretty much every other reissue of that period) it at least doesn’t suffer from strange sonic artifacts or appallingly harsh EQ.

Coming back to the much discussed Edsel reissue finally, one might wonder how such a thing could have happened. Well, I’m not going to speculate about that and can only talk about what I find on the disc itself. However, in general terms, I can perhaps allude to the fact that before computers and music became so closely intertwined, mastering was something that could only be undertaken by professional engineers. Today, however, anyone with a computer, whether they work in a studio or an office, can pick up a disk or download a file, and do stuff with it. Not everyone for instance knows how to make a 1:1 copy of a CD, and might load it into some freeware in order to attempt to do so, perhaps resulting in some inadvertent degradation. I even know of record company employees who do things to audio masters using applications such as iTunes, without really knowing what they’re doing or why, other than it being something that they have been shown how to do by someone else in the office. It’s almost akin to say, 20 years ago, them taking a master tape out of the box, and unravelling it and then editing it using scissors and sellotape. Except that that would never have happened.