Much excitement on Thursday night, because here in the UK BBC Four showed the episode of Top Of The Pops where I just happened to be in the audience (with my sister).

It was originally broadcast on 4 October 1984 and featured ‘live’ in the studio Culture Club (The War Song), The Stranglers (Skin Deep), Bronski Beat (Why), Adam Ant (Apollo 9) and John Waite (Missing You). They showed plenty of videos too, including new entry Paul McCartney (No More Lonely Nights), Philip Oakey & Giorgio Moroder (Electric Dreams) and that week’s number one Stevie Wonder (I Just Called To Say I Love You)

The story is that my dad knew Graham Wilkinson the sound guy on the show (can’t remember why) and he arranged for us to visit BBC TV Centre and go up into the ‘control room’ from where the show was made. It was a surreal experience (I remember seeing Ronnie Corbett in the reception area). Anyway, while we were in this control room (which was high up above the studio) someone suggested that we might like to go down onto the studio floor for the filming of the show. Er, yes please!! So that’s why 14-year old me and my 12-year old sister got to watch some 1980’s pop at close quarters. The show was filmed on 3 October and broadcast the next day – that is the last time I saw it.

It was a great thrill of course, although this small physical connection with the best ever year in pop music – 1984 – means much more to me now. I didn’t know at the time that this era would be looked back upon so fondly. Songs like Careless Whisper, Relax, Purple Rain would go on to be considered some of the best pop songs, ever. Talking of which, the only slight niggle of regret is that unlucky timing meant there was no Wham! or Frankie Goes To Hollywood in the studio. No matter, for a brief moment I was in the eye of the storm, I was there.

I do remember the evening remarkably clearly. We were given shooting scripts at the end which had all the lyrics to each song and indicated where the cameras would switch. I used to think they just made it up as they went along.

If you want to watch the whole show, the full 40 minute edition (not the 30 minute edit they showed on Thursday) is on BBC iPlayer (it probably won’t work outside the UK). No full-face close-ups unfortunately, but check out the photographic evidence below (click to enlarge). 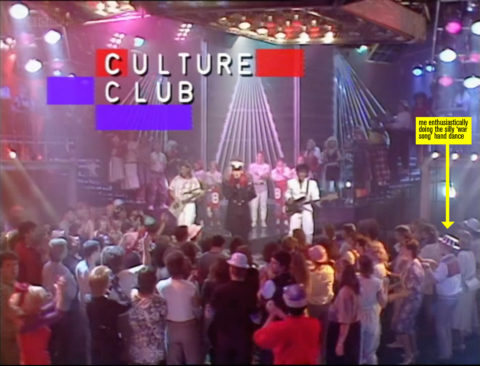 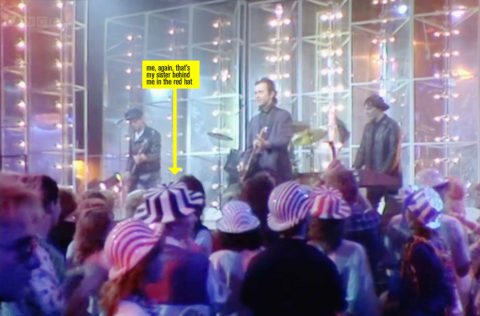 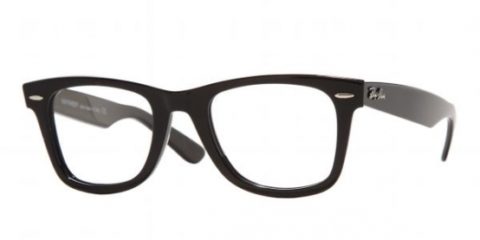 I made a small, probably long overdue, change to SDE yesterday – I increased the size of the standard ‘paragraph’ font significantly. That’s the text you’re reading right now! Let’s face it, none of us are getting any younger and I do want this blog to be easy to read. I actually had an eye test the other day (I need reading glasses!) so that’s what made me think of it, although I’d been meaning to do it for a while. For those interested, the font is now 16pt with 150% line-spacing. I’m really happy with it and already can’t believe it used to be smaller. Let me know what you think!