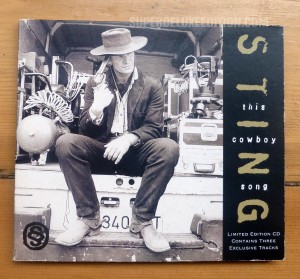 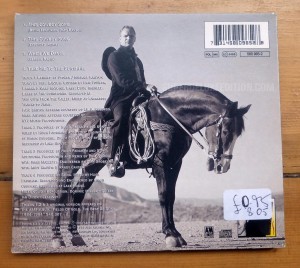 Nothing dates a song more than the words “featuring Pato Banton”. As Terence Trent D’Arby once sang “You will pay tomorrow for what you do today…”. The Pato Banton collaboration is the least interesting thing on this CD single which has a few Sting treasures probably destined never to be issued anywhere else. Once example is the ‘Extended Remix’ of the single which after four minutes turns into a groovy jazz workout clocking in at over 11 minutes! If you can forgive the thick Jamaican accent Take Me To The Sunshine is a decent floaty, summery B-side and a final bonus on this four-track disc is a ‘classic radio’ mix of When We Dance which was the other non-album single (with This Cowboy Song) taken from the Fields of Gold: The Best of Sting 1984-1994. I think I prefer this remix to the standard version! Remarkably, Fields of Gold was Sting’s first UK solo top ten single after ten years of trying. 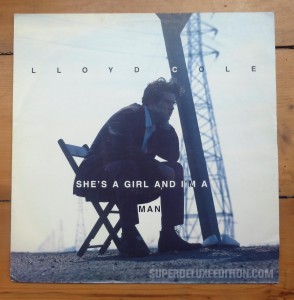 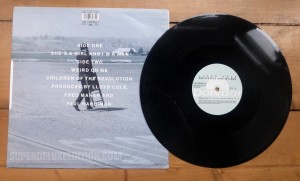 While we wait for the Commotions box set here’s a reminder of a single release early in Lloyd Cole‘s solo career. She’s A Girl And I’m A Man was the lead single from second solo album Don’t Get Weird On Me Babe.  The name of the album was nicked from Raymond Carver. Anyway, there was never a title track on the long player and the nearest you get is the B-side to this single called Weird On Me. Joining it, is a cover of T. Rex’s Children of the Revolution. She’s A Girl And I’m A Man failed to penetrate the UK top 40, like much of LC’s solo output – this was largely down to not getting played on the radio. 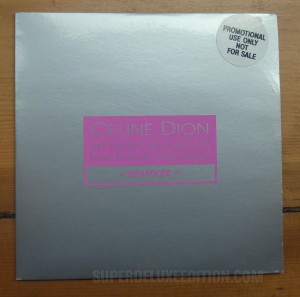 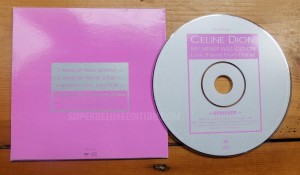 Celine Dion / My Heart Will Go On Remixes promo CD – £1 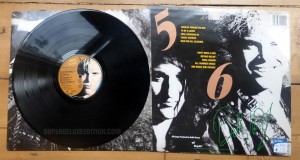 For a while in the mid-eighties it seemed like the tank was empty for Billy Idol, since two compilations, the remix set Vital Idol and Idol Songs, cashed in on the same classic tracks (Rebel Yell, Flesh For Fantasy, Catch My Fall, Hot in the City, White Wedding etc.).  So it was a relief in 1986 when he issued Whiplash Smile. It had a fantastic front cover and some great songs, including singles To Be A Lover (later included in remixed form on a reissue of Vital Idol) and Sweet Sixteen. Note the sides of the record are labelled ‘5’ and ‘6’. These are ‘career’ sides since this was his third solo album. 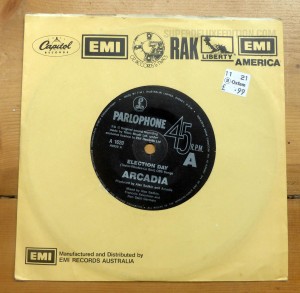 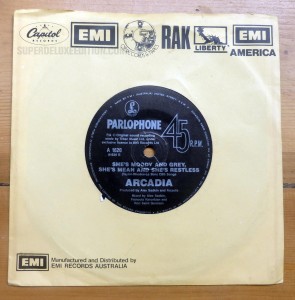 Unusual find in Oxfam was Duran Duran offshoot Arcadia‘s first single Election Day, as issued on seven-inch vinyl in Australia in 1985. This doesn’t appear to be a promo, so I’m not sure if this was issued down under without a picture sleeve (seems unlikely for the band were very ‘visual’). This features the B-side She’s Moody And Grey, She’s Mean And She’s Restless which was a remix of Election Day and was unissued on CD until the 2010 2CD+DVD reissue (which is now out of print, apparently). 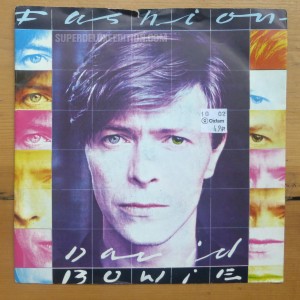 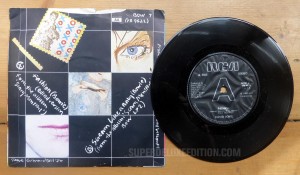 There is nothing that isn’t brilliant about David Bowie‘s follow-up to UK number one Ashes to Ashes. From the expression of a make-up free David on the superbly artworked front cover (later pinched for K-Tel compilation Best of Bowie), to the promo video where DB oozed new wave cool, to the song itself which is a bouncy, angled pop delight, which deservedly followed Ashes to Ashes into the top 5 in the UK. Two further singles were culled from Scary Monsters (And Super Creeps), the title track and Up The Hill Backwards. To give them a helping hand, RCA issued them on cassette single packaged in little cardboard boxes. 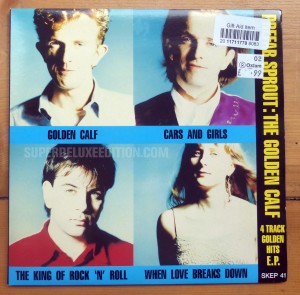 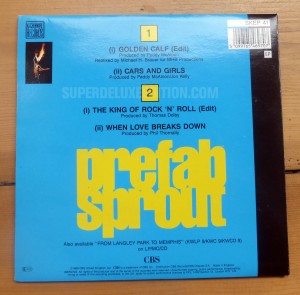 CBS really milked Prefab Sprout‘s third album From Langley Park To Memphis for singles, perhaps hoping to repeat the top ten success of second 45 The King Of Rock ‘N’ Roll (this didn’t happen). The Golden Calf was issued in 1988 and was the fifth single and this 4-track ‘Golden Hits’ EP shows that they were getting a bit desperate. Two of these golden oldies (Cars and Girls and the aforementioned King Of Rock ‘N’ Roll) were only a year old! This gatefold EP does at least include a couple of edits which I imagine are amongst the many single-related rarities yet to appear on CD. 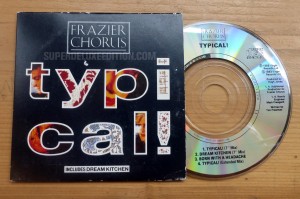 Frazier Chorus are perhaps best remembered thanks to their 1988 hit Dream Kitchen. I say ‘hit’ but ‘records’ show that it only got to number 57, which is a bit of a surprise and this follow-up actually did better peaking at number 53. The three-inch CD single (no adaptor) includes the seven-inch mix of Dream Kitchen and seven-inch and twelve-inch mixes of Typical! Both songs were from their debut album Sue. Born With A Headache was a non-album extra track. 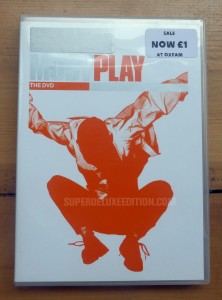 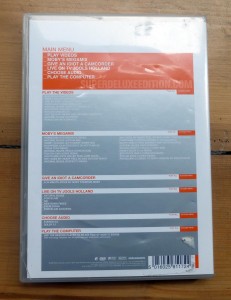 A 2-disc edition of Moby‘s Play album which features a really horrendous ‘megamix’ CD along with a DVD of promos and TV appearances. Glad I only paid a pound, is the best I can say about this.