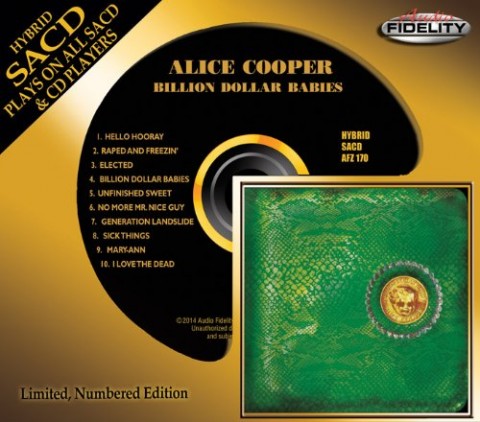 Alice Cooper‘s 1973 album Billion Dollar Babies will be issued as a hybrid SACD by US audiophile specialists Audio Fidelity, early next year.

The record was a transatlantic number one at the time of release and features the singles Elected, Hello Hooray, Billion Dollar Babies, and No More Mr. Nice Guy.

A 2001 deluxe edition added 14 bonus tracks, but this reissue reverts back to the 10-track original album and is mastered by renowned engineer Steve Hoffman.

Billion Dollar Babies hybrid SACD will be released on 21 January 2014.