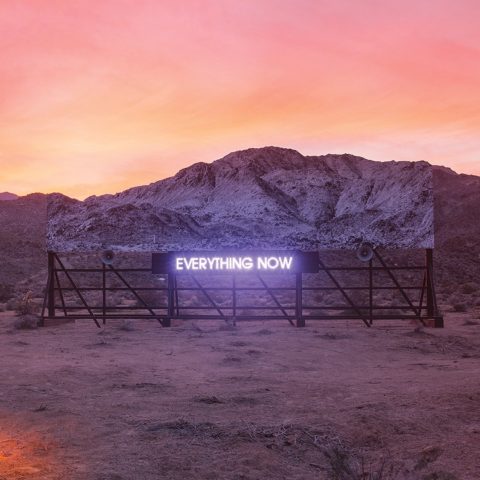 Arcade Fire return in July with a new album, Everything Now.

The 13-track long-player is being made available in ‘Day’ and ‘Night’ variants on both CD and vinyl. The only difference is the artwork – there are no extra tracks/content. The vinyl ‘Night’ version is only available in independent record stores and to make things more complicated there are black and coloured vinyl versions available. 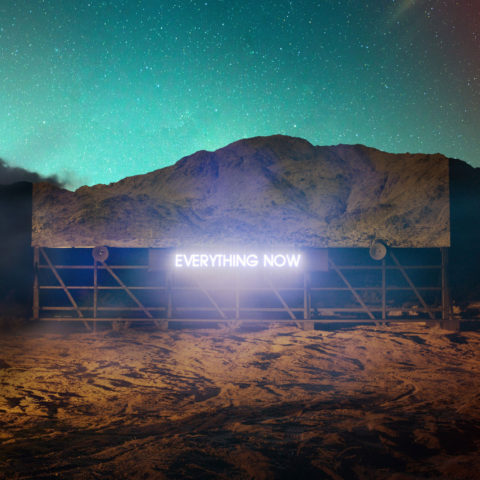 The ‘Night’ version of the album artwork

On Amazon in the USA you can even buy a cassette version of the new album. The release will be preceded by a two-track orange vinyl 12-inch single of the title track (the b-side is an instrumental). You can watch the video to the song below: 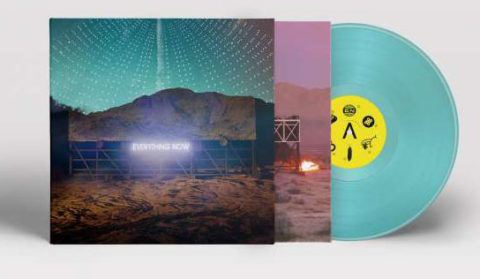 This is a coloured vinyl limited edition of the ‘Night’ version

A limited ‘ice-blue’ coloured vinyl edition of the ‘Night’ version of the Everything Now album can be ordered at JPC.de for worldwide shipping.