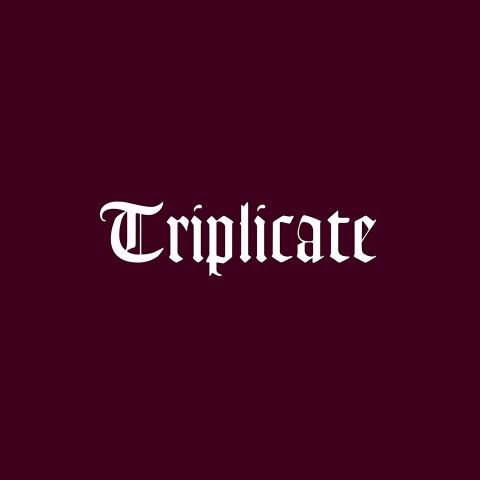 Bob Dylan will release a new triple album, aptly named Triplicate, at the end of March that continues his fascination with the Great American Songbook.

The ‘Jack Frost’ produced Triplicate is Dylan’s 38th studio album and follows 2015’s Shadows In The Night and last year’s Fallen Angels. Each disc in the three-CD or three-LP vinyl set hosts ten tracks and has a theme, with the first called ‘Til The Sun Goes Down, the second Devil Dolls and the third and final disc Coming Home Late.

As well as the standard three-CD (8-panel digipak) and 3LP sets, a limited edition deluxe triple vinyl package is also available. This presents the three vinyl records in a “numbered case-made book, with three bound in swing pockets and four-panel folder”. This also comes with a download card (as does the standard 3LP). 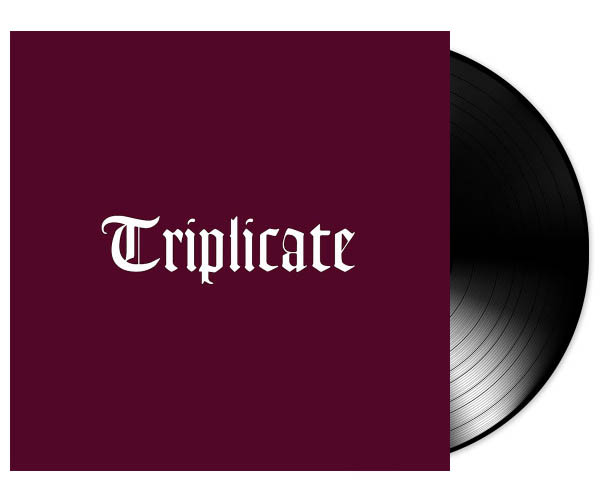 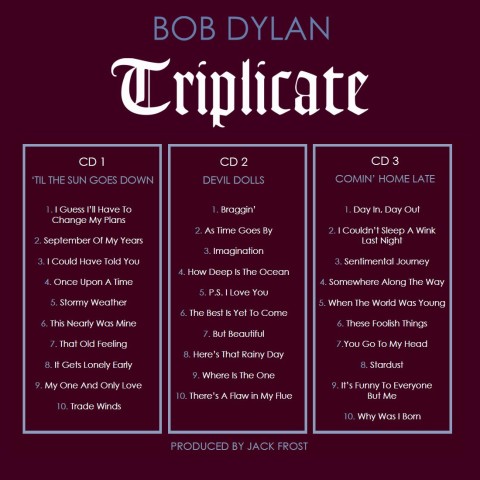 1. I Guess I’ll Have to Change My Plans
2. September Of My Years
3. I Could Have Told You
4. Once Upon A Time
5. Stormy Weather

1. Day In, Day Out
2. I Couldn’t Sleep A Wink Last Night
3. Sentimental Journey
4. Somewhere Along The Way
5. When The World Was Young