Toyah’s 1981 album Anthem will be reissued in September across three physical formats, one of which is a large seven-disc super deluxe edition box set which comes with a signed print.

The album was the first to feature the new line-up of Toyah Willcox, Joel Bogen, Nigel Glockler, Phil Spalding and Adrian Lee. It reached number two in the UK album charts and contained a pair of top ten hits in ‘It’s A Mystery’ (which was issued in February ’81 as part of the ‘Four From Toyah’ EP) and ‘I Want To Be Free’ which was issued just before the album in May of that same year. Audio for the reissues has been remastered by Nick Watson (from the original master tapes) and approved by Joel Bogen.

To date, the ‘top-of-the-range’ reissues of Toyah’s early albums have all been 2CD+DVD affairs, but clearly for the band’s most popular album Cherry Red have decided it deserves the super deluxe treatment. This is what it contains

This box set is strictly limited but if it’s not your thing then the good news is that a 2CD+DVD edition is also available which is consistent with the first two album reissues. The contents of those three discs is identical to the ones in the box set, although obviously you miss out on the bonus CD, all the vinyl, the book and signed print etc.

As previously, a coloured vinyl edition of the album is on offer; this time it’s a gold-coloured vinyl pressing. These three editions (box, 2CD+DVD and vinyl) are the only physical versions of Anthem available.

Anthem is reissued on 9 September 2022 via Cherry Red Records. 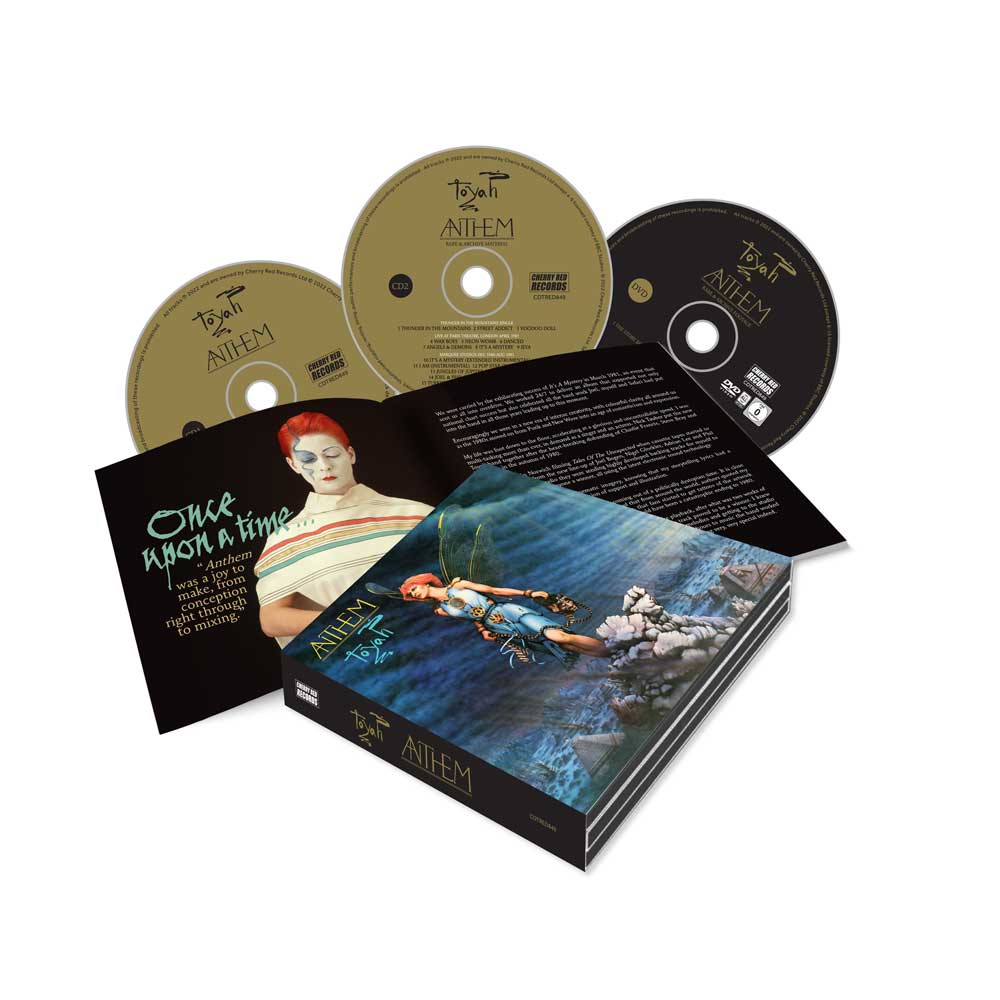 Suzanne Vega / An Evening of New York Songs and Stories