The forthcoming David Bowie ‘era’ box set which covers most of the 1990s will be released in late November. Brilliant Adventures will be an 11CD box set or a 18LP vinyl box.

As expected, the boxes will include newly remastered versions of Black Tie White Noise (1993), The Buddha of Suburbia (1993), Outside (1995), Earthling (1997) and Hours (1999). It will also include David Bowie’s unreleased album Toy (which is also being issued separately as a three-CD or vinyl box).

Exclusive to Brilliant Adventure [1992-2001] is Re:Call 5 – 39 tracks of non-album / alternative version / b-sides and soundtrack songs – and the complete BBC Radio Theatre show from 27 June 2000. An edited version of the latter was previously a bonus CD with the Bowie at the Beeb release of September 2000 (the new one has five more tracks) but it has never been issued on vinyl. Toy isn’t actually exclusive, because of the separate box set (more on that below).

The Buddha of Suburbia uses the 1995 US/Canada cover (sepia version) rather than the UK original (which depicted characters from the 1993 BBC dramatisation of Hanif Kureishi’s 1990 novel). For the vinyl box set of Brilliant Adventure, all the studio albums are 2LP sets, except Hours which is a single vinyl record. Earthling only has music pressed on three sides, however and likewise Toy is also a 3-sided 2LP set. Both have an etched side four. The BBC Radio Theatre show requires three vinyl records and Re:Call 5 goes one further and is a 4LP set. Hence the vinyl box is a massive 18LPs.

The boxes are in the same style as what has come before, with the CDs presented as “faithfully reproduced mini-vinyl versions” of the original albums. Gold-coloured CDs are used (this apparently makes counterfeiting harder).

There’s an 124-page book in the CD box and a 84-page book in the vinyl set. These feature “rarely seen and previously unpublished photos” by photographers including Frank W. Ockenfels 3, Nick Knight, John Scarisbrick and Nina Schultz Terner, as well as memorabilia, technical notes about the albums from producers/engineers Brian Eno, Nile Rodgers, Reeves Gabrels and Mark Plati. Perhaps surprisingly, given his interview with SDE, there’s also a new interview with Buddha of Suburbia collaborator Erdal Kizilcay.

The cover to the Toy album is ‘interesting’, but it seems that this was very much Bowie’s concept and now that he’s gone, apparently a bad idea by him is trumps a good one by someone else!

In Toy:Box, as it’s called, (one suspects they created a box set just to use that title) are three CDs. The first is the album as featured in Brilliant Adventure and the second CD is a bonus disc of alternative mixes, including proposed B-Sides (versions of David’s debut single ‘Liza Jane’ and 1967’s ‘In The Heat Of The Morning’), later mixes by Tony Visconti and the ‘Tibet Version’ of ‘Silly Boy Blue’ (recorded at The Looking Glass Studio time at the of the 2001 Tibet House show in New York featuring Philip Glass on piano and Moby on guitar).

The third CD features ‘Unplugged & Somewhat Slightly Electric’ versions of all 13 Toy tracks. Mark Plati and Earl Slick had apparently messed around a bit at the original sessions and overdubbed acoustic guitar to some of the tracks. Bowie heard this and quite liked the idea of doing stripped down, acoustic versions. Given that that album proper wasn’t even released, it probably comes as no surprise to find that this idea wasn’t realised either but Plati has seen this through and finished this process for the Toy:Box. AS well as the 3CD version, there’s a 6 x 10-inch single vinyl box set. 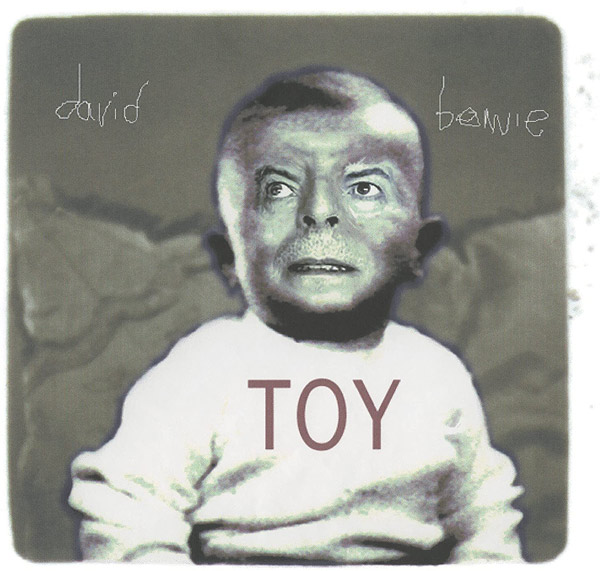