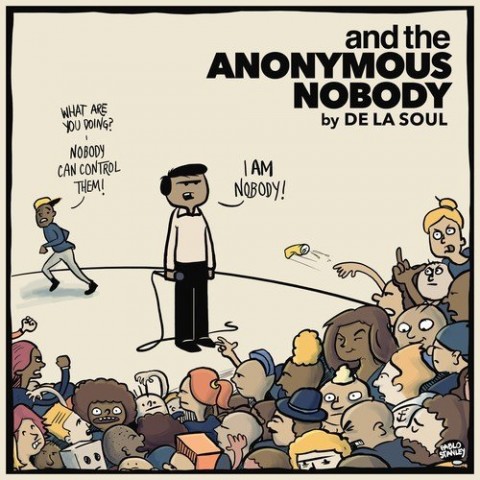 US hip-hop group De La Soul return in August with a brand new album and the Anonymous Nobody.

Still best known for the critical and commercial high of 1989’s 3 Feet High and Rising, the group raised funds for the new album through a Kickstarter campaign last year.

De La Soul reportedly spent the last few years recording more than 300 hours of live music (bossa nova, soul, hip-hop, funk, disco, reggae) to allow them the freedom to record another sample-based album without the pesky problem of the legalities of sample clearance, since they were effectively sampling themselves. Sounds promising…

AND THE ANONYMOUS NOBODY CD

AND THE ANONYMOUS NOBODY VINYL