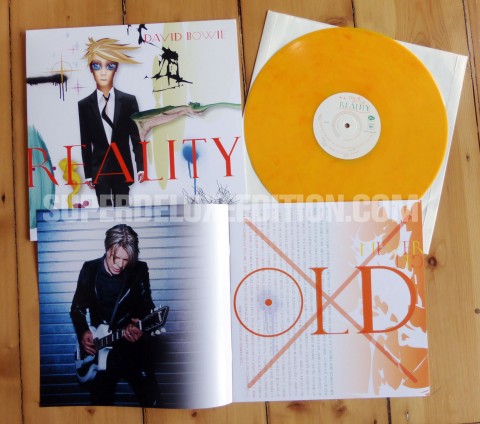 David Bowie‘s Reality was the-album-before The Next Day, but released way back in 2003. Amazingly, not released on LP at all, until next week when Music On Vinyl issue it with 2,500 being available in green and orange vinyl.

Reality contains the singles New Killer Star and Never Get Old, neither of which charted. It’s fine record which unfairly gets overshadowed by the plaudits heaped upon its predecessor, Heathen. It seems strange to reflect on this now, but at the time Bowie was probably somewhat overexposed, with this record following only a year after the previous long player.

Reality is released on vinyl on 17 March 2014. You might struggle to find colour-specific ordering online, although Amazon in Germany do state ‘orange vinyl’ in their listing (see below).

Update 14/3/14: German Amazon have removed being specific about ‘orange’. 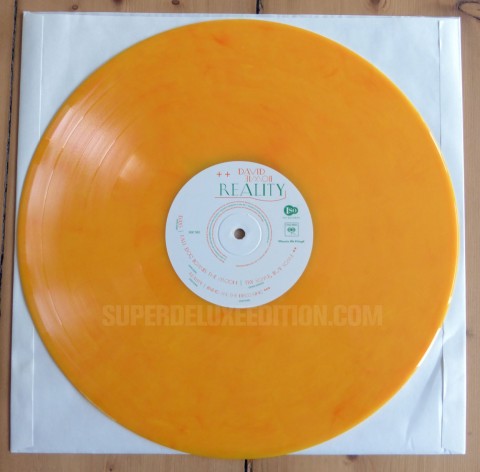 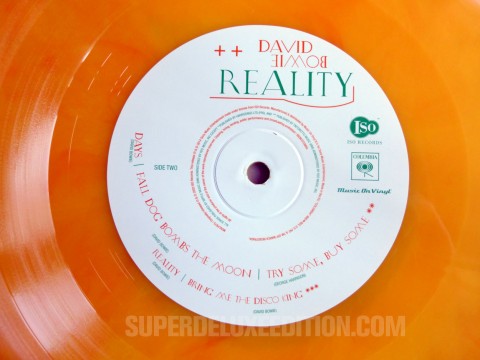 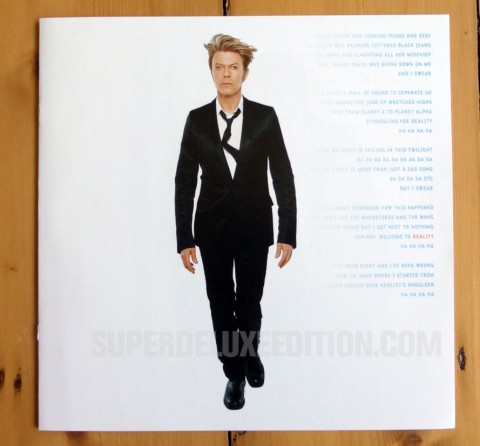 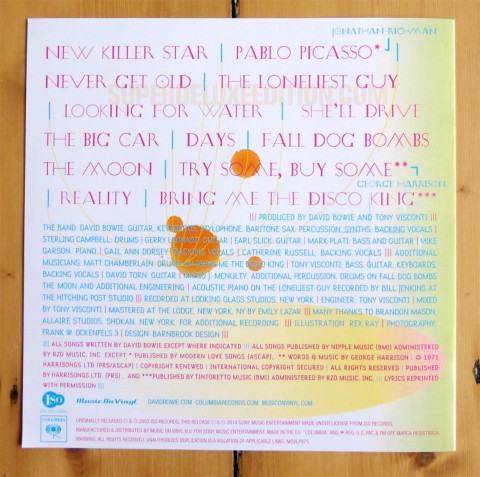 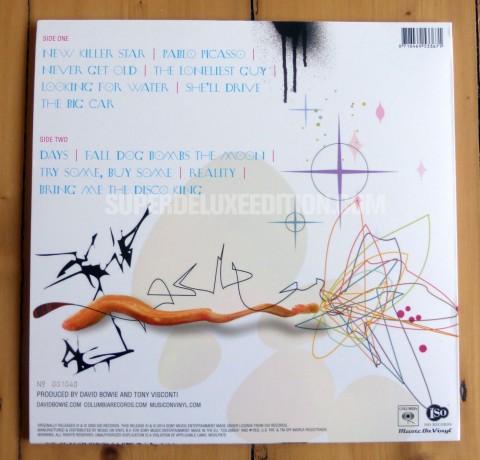