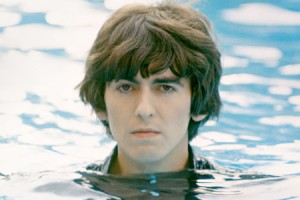 The super deluxe edition of Living In the Material World, Martin Scorcese’s documentary on the life and music of George Harrison, had some flaws. The book within was softback, rather than the hardback version that was available separately. Also the actual documentary on DVD or Blu-ray and book could be bought separately for considerably less that than the £70 price tag on the super deluxe.

The main attraction was a ten-track bonus CD consisting of demos and alternate takes that was not available separately anywhere.

As the second disc reports, all that is about to change, with the 1 May release in the US of Early Takes Vol 1 from Hip-o Records, which is that very bonus CD from the super deluxe set as a standalone release. UK fans who baulked at the high price of the box set can now import a copy of Early Takes from the US vendor of their choice. Track listing is below

Last chance to secure the Concert For George blu-ray audio

Pre-orders are about to close