James will release a new album, Living In Extraordinary Times, in August.

It’s the band’s 15th studio long-player and the first since 2016’s Girl at the End of the World. Speaking about the record (which is produced by Charlie Andrew and Beni Giles) frontman Tim Booth said: “We knew something was up when Leicester city won the league then Brexit, then Trump. It is as if we’d slipped into an alternate reality, a Philip K Dick reality. We are living in extraordinary times.”

That’s only scratching the surface though, because the official James store is offering its own coloured (white) vinyl exclusive with a signed art print, signed deluxe CDs and various bundles, including a ‘Super Deluxe Father’s Day‘ package!

Living In Extraordinary Times will be released on 3 August 2018. 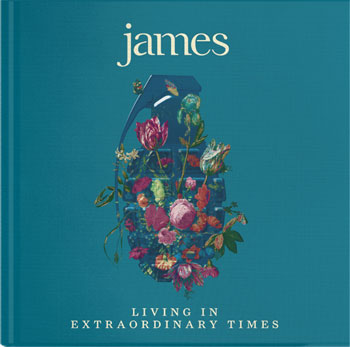 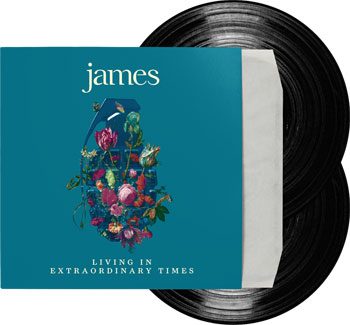 Side 3
1. Extraordinary Times
2. Picture of This Place
3. Hope to Sleep