The NOW Yearbook series continues to go ‘backwards’ with a focus on the year 1979. Now Yearbook ’79 is consistent with the other Yearbooks in that it comes in 4CD deluxe hardcover book, 3LP coloured (orange) vinyl (both limited) and standard 4CD editions, but is notable in featuring what NOW call a ‘re-imagined’ look that “reflects the era”. Whether they needed to do that is up for debate, but the fact they’ve bothered does rather suggest their will be more Yearbooks for the 1970s.

Design aside, it’s business as usual. 1979 was a great year for pop music and Now Yearbook ’79 reflects that. Queen’s ‘Don’t Stop Me Now’ kicks off the first CD, which also includes number ones from The Police, The Boomtown Rats, Ian Dury & The Blockheads as well as ‘Heart Of Glass’ from Blondie, and hits from Kate Bush, Roxy Music and the Pretenders.

There’s a number of standard single versions of songs that appear on the recently announced 12″ 70s compilation, including Wings’ ‘Goodnight Tonight’, Cliff Richard’s ‘We Don’t Talk Anymore’ and The B-52’s ‘Rock Lobster’, but that’s hardly an issue. I don’t think anyone would have wanted them to avoid such hits just because they are on the other set in extended form.

The compilation really does illustrate the variety of the era, with ska/pop crossover hits, classic rock tracks, new wave post-punk selections, dancefloor numbers and even rap, with The Sugerhill Gang’s ‘Rapper’s Delight’. It ends with Gary Numan and The Buggles (full track listings are below). 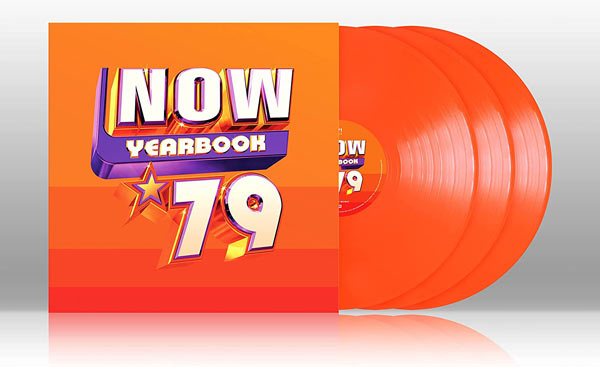