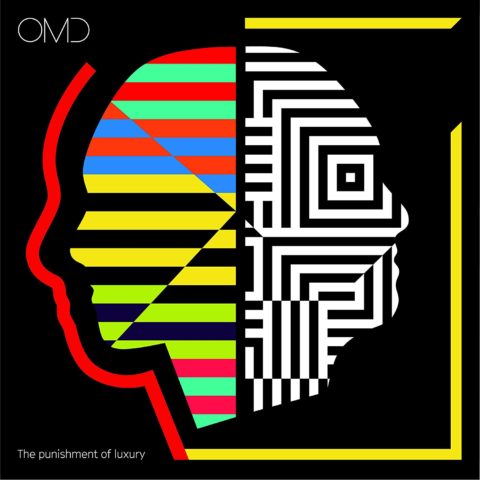 This is their third album since they reformed in 2006 and the thirteenth in total. The 12-track album is being made in a wide array of formats, including limited edition yellow vinyl, a super deluxe book edition and a CD+DVD deluxe set.

The deluxe book edition contains a CD of the album, a DVD (with a behind the scenes making of documentary and videos of Andy & Paul talking through the album track-by track), the LP on red vinyl and most interestingly an exclusive bonus CD of demo versions of tracks on the album. It also comes with a numbered certificate of authenticity signed by Andy McCluskey and Paul Humphreys and some exclusive photos, notes about the album and artwork.

The official store has all these items with various bundles and signed options, but there is availability elsewhere, including the super deluxe on Amazon Germany (for a similar price).

The Punishment of Luxury is released on 1 September 2017.

The Punishment of Luxury CD+DVD deluxe