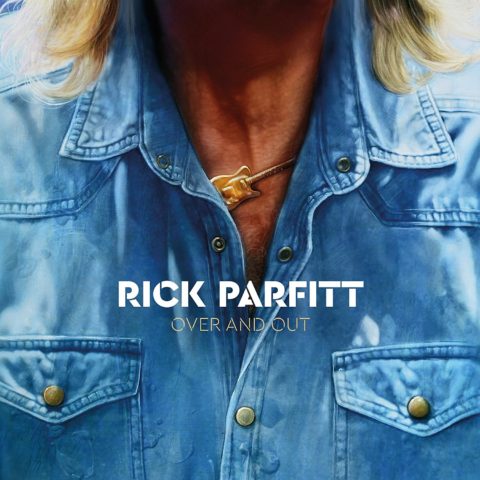 The late Rick Parfitt’s first-ever solo album, poignantly entitled Over and Out, is released in March 2018 via earMUSIC, across a number of formats, including a special two-CD collectors’ edition.

For nearly half a century as a member of Status Quo, the legendary rocker never took a sabbatical from the band’s relentless touring schedule to record solo material. It was only when he was forced to take time out to recuperate following a heart attack in July 2016 that, unknown to almost anyone, he put together this album.

Sadly, Parfitt’s death, aged 68, on Christmas Eve that year meant that while he had recorded all of his guitar parts and vocals, certain tracks were unfinished. Celebrated musicians, including his friends Brian May and Chris Wolstenholme of Muse, were only too willing to step in and help to bring Parfitt’s vision to fruition, though. Rick’s son, Rick Parfitt Jnr, was also involved in the creative process, as were John ‘Rhino’ Edwards and Alan Lancaster, among many others.

A labour of love, Over and Out features 10 brand-new songs, including the title track which was played at his funeral, that sum up Parfitt’s passion for both raw rock ’n’ roll and melodies. The album is said to have been recorded and written with ‘a band’s spirit’ between Parfitt and producer Jo Webb, and the songs were subsequently mixed by Ash Howes after Parfitt had passed away. This lead to some debate as to whether Parfitt would prefer the polished versions or the original raw mixes. It was concluded that he would actually like both, hence the decision to include of bonus CD of the songs in their ‘pure’ form in the two-disc collectors’ edition box set. A single CD and vinyl LP feature the finished Ash Howes mixes. Update: The raw aka ‘band’ mixes are also being issued on vinyl.

Over and Out - 2CD set with bonus raw mixes

Over and Out - vinyl LP

Over and Out - vinyl LP raw/band mixes

Over and Out - single CD