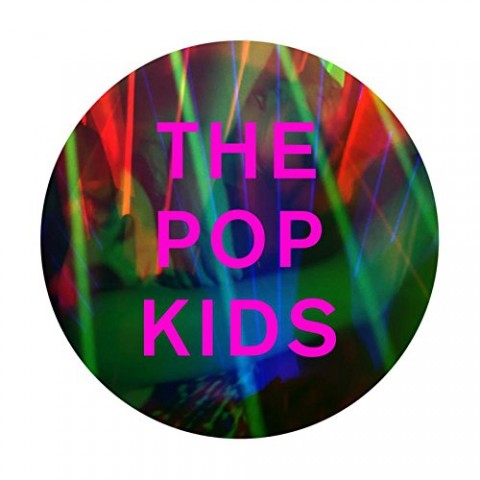 The Pet Shop Boys will release their first single from SUPER, The Pop Kids, as a white vinyl 12-inch at the end of May.

The five track record is very much a ‘remixes’ selection. It omits the two new tracks included on the already issued CD single (In Bits, One-Hit Wonder) but repeats The Full Story and PSB Deep Dub variants. The three new remixes are the ‘Offer Nissim Drama Mix’, the ‘MK Dub’ and ‘The Scene Kings Extended Mix’. It is packaged in an inner and an outer bag designed by Farrow.

The white vinyl version of The Pop Kids will be released on 27 May 2016. 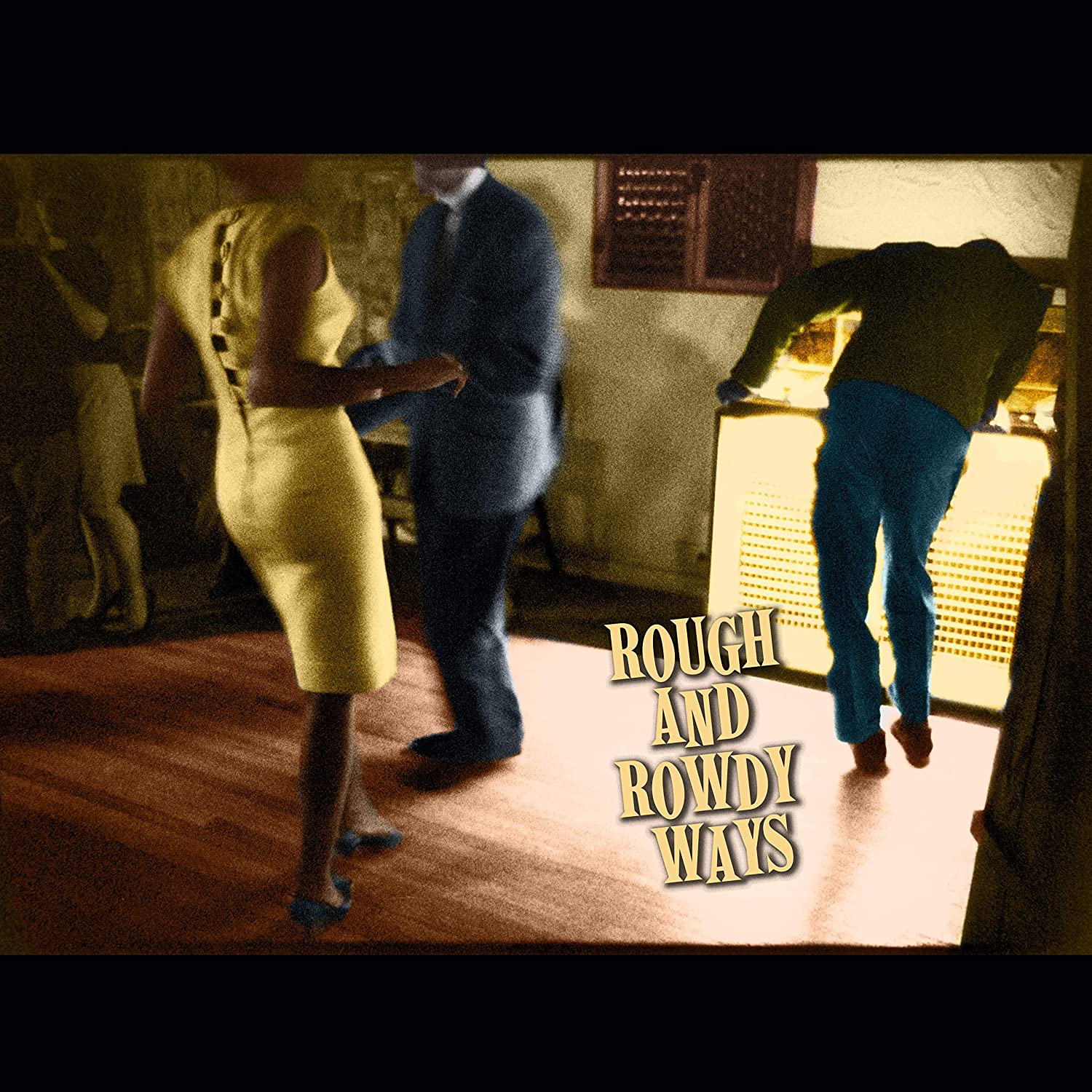 Ordered from Amazon in April

Just checked – Amazon are out of stock, my order “We will notify you when dispatched” [status: expedited]

Looks like I won’t be getting my order today :-(

I for one am IN LOVE with the new album by Pet Shop Boys. I find it to be even better than their last album ‘Electric’ which I LOVED that album as well. Not one single bad track on ‘Super’ in my opinion. I love this direction they have gone in. I was not very thrilled with ‘Elysium’, although it did have a few great tracks. But this new album ‘Super’ is excellent from beginning to end. I instantly fell in love with ‘The Pop Kids’ when it as released as first single, but now I am scratching my head at the choice for ‘Twenty-Something’ being released as the next single. I like the song, it’s good. But I don’t feel it’s a good single choice. But hey, maybe some interesting Remixes of the song might happen, which I always welcome. My personal favorite for next single choice is ‘Groovy’, I think it has great potential to be a single, and the Remixes would be off the hook! Other contenders for upcoming singles would be ‘Undertow’, ‘Burn’ and ‘Say It To Me’. But my favorite track might just be ‘Groovy’ with it’s feel good vibes and 70’s Disco beats. Personally I feel the Pet Shop Boys keep getting better and better. I’ve been a fan since 1986 when their first album ‘Please’ came out.

As a dedicated fan since “Please”, I find “Super” to not be very super at all. Perhaps I became disenchanted with PSB after watching a bonus video for the “Yes” release showing Neil & Chris selecting sounds and rhythms created by the various producers. It seemed less like collaboration and more like S-H-O-P-P-I-N-G for tracks for the new album. Anyway, it just seems like they’re “phoning it in now”, so to speak. PSB used to have a very distinct sound. I miss it very much.

Are they all on white vinyl? I bought my copy from my local record shop, no mention of it being limited and no mention of white vinyl so was pleased to get that when I opened it. I had noticed some distortion about halfway through Happiness, but it kind of fits with the music so I thought it might be an intentional effect, I was going to listen to the cd to check but then I read this post. It’s not too bad though and it doesn’t skip so I might live with it rather than risk getting a worse copy by trying to exchange it.

I’m now on my third vinyl copy. I had bought one at the official store, complained to them that there was not enough mid and top end on Side one compared to the CD. Side two sounds fine.
They sent another copy which has the same sound issues. I Emailed them again.
They replied asking me to use a different turntable. So I’ve gone from a DJ turntable surround sound set-up to an inferior near 20 year old stereo system. Have a guess, Side one still sounds horrendous.
At this stage, I would prefer a voucher or refund and wait 6 months so that hopefully the newer pressings will have sorted out the sound issues on Side one.

FYI to anyone thinking of buying the limited edition white vinyl pressing of the full LP– it’s a total fail. Most if not all copies skip– look up the LP on Discogs and you’ll see many many complaints about this. I have tried three copies– all skip in multiple places on side two. Excessive surface noise, no-fill, and other distortion litters both sides of the LP. This run of copies were clearly defective and should not have been released for sale.

Not liking the sound of this. Mine is still sealed at the moment…

The downside of the trendy vinyl revival! Takes me back to the days of my vinyl buying youth.

I took an instant dislike to Super on first listen. I think the Cotton-eye-joeness of the opening track really put me off. However, I persevered and I’m now on my 5th/6th listen and it’s really grown on me. I used to have a pretty much complete collection of PSB 12″ singles from West End Girls through to Liberation – but those Liberation remixes finished me off…

I’m enjoying Super rather well. The Dictator Decides is sublime. Have ordered the white vinyl as a collectible, I almost never play vinyl as I’m far to lazy to flip when side a is finished.

Offer Nissim is great! I love his remixes, although the bigger the artist, the more commercial and boring the remix IMO.

I tend to agree that Offer Nissim continues a generic circuit party sound that should have been left behind in the last decade, but to each their own. Different mixers are chosen to appeal to different audiences/settings. Madonna’s perhaps not a great example of this though as her remix packages, with some exceptions, rarely have anything remotely interesting.

0
D B
Reply to  probablyrustin

I like the Drama remix of Living for Love but I agree her remixes haven’t been up to scratch recently, however, I disagree that Madonna’s remix have nothing to offer, pretty much every single up to Celebration featured a great remix.

Well , you know you’re down when you start putting offer Nissim mixes as “Official mixes” …

that said, it’s still a good new to see physical releases for singles !

Actually, Offer Nissim has made some great official remixes for the likes of Madonna and Mylene Farmer.

HS, Axis is a limited edition, the back sleeve is die-cut and all light blue.

Fluorescent was a 2014 RSD release.

Thanks so much for the info Auntie Sabrina :)

Ordered! Really glad that they are releasing both a CD single and a 12″. I LOVE “Super” – a massive improvement over “Electric” and I hope there will be more CD singles/12″ vinyl released from the album.

Not really loving the new album although I do like the single. My disappointment with Super has put me off buying anything further so it might’ve been a good idea to release this 12″ at the same time as the CD single. Maybe the album will grow on me. Hope so…..

That’s the same for me. I really like “The pop Kids” but don’t like “Super”.
My only highlight on “Super” is “The Dictator Decides”. The rest is not “Super”.
Maybe the guys releases another instrumental CD. Then we get “The Pop Kids” in an instrumental version.

I don’t hate the new album–there are several songs that i really like, in fact–but I think the thing working against both it and Electric is they don’t have cohesive identities. I think there are two good albums between them, but you would need to take the tracks, put the more “pop oriented” tracks on one album, and then have the other tracks work as Disco 5, since so many of the more instrumental based/light-on-lyrics songs sound of a piece with some of the tracks that were on Disco 3. With everything interspersed right now, I think the people who appreciate the more pop-oriented version of PSB are turned off by the clubby songs, and the more club-oriented fans are bored by the pop songs.

Though I have to say, “Groovy” is really, really embarrassing. I don’t understand how that made it onto an album. I don’t think I could have brought myself to make it a b-side, even.