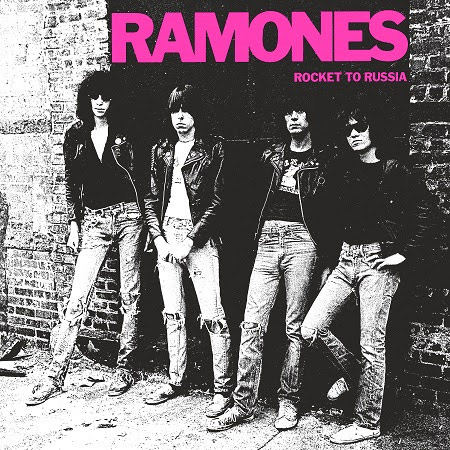 Having issued the 40th anniversary deluxe edition of the Ramones‘ 1977 album Rocket to Russia last month, Rhino will put out a remastered version of the album on vinyl LP in February next year, along with standalone vinyl releases of Ramones and Leave Home.

The deluxe Rocket to Russia was a 3CD+LP set, but if you remember correctly, the vinyl record was the ‘tracking mix’ variant and not the album proper. This annoyed some, since it had a slightly different track listing and didn’t include Sheena is a Punk Rocker! This time the actual remastered album is available on the vinyl record, as a standalone release.

The Rocket to Russia vinyl is released on 9 February 2018, along with vinyl-only editions of Leave Home and Ramones.