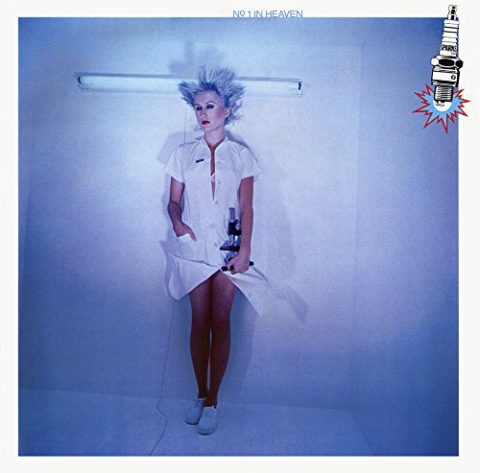 Sparks‘ 1979 album No. 1 in Heaven is being reissued as a new limited edition coloured vinyl pressing next month.

The album (produced by Giorgio Moroder) has been remastered and 1000 copies of this new blue vinyl pressing will be available, with the vinyl cut at Abbey Road. This release comes with a CD of the album, which also adds bonus tracks. Details on the CD bonus tracks are scant at the moment, although this appears to be a release from Repertoire in Germany and back in 2013 they put out a CD with the following bonus tracks:

So there is a reasonable chance that they may well repeat those on the CD included here, although I should stress that this is not confirmed at this stage.

Although not a big hit itself, the album delivered the hit singles The Number 1 Song in Heaven and Beat The Clock – both top 20 hits in the Britain.

No. 1 in Heaven on blue vinyl has a release date of 19 May 2017. Angst in My Pants and Terminal Jive also available in similar package.