Steve Harley & Cockney Rebel‘s 1975 album The Best Years of Our Lives will be reissued as a deluxe 2LP coloured vinyl with bonus tracks on the second vinyl record.

The album was the first for the new line-up of the newly monikered band and features the classic single ‘Make Me Smile (Come Up and See Me)’ which reached number one on the UK charts in February 1975, preceding the release of the album by a few weeks.

This new edition is officially released – Bowie style – for the 45th anniversary (although they are surely a year late?), but offers more than the David reissues because a bonus LP delivers rough mixes, B-sides, single versions, acoustic numbers and live cuts. This is a coloured vinyl pressing with LP 1 pressed on blue and LP 2 on orange vinyl (a reference to the ‘Mad, Mad Moonlight’ lyric).

The Best Years of Our Lives will be released on 5 April 2021. 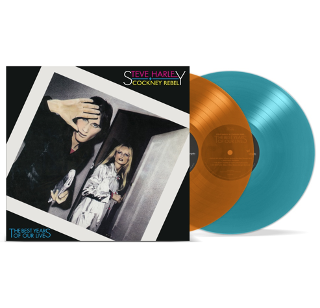 The Best Years of Our Lives - 2LP coloured vinyl