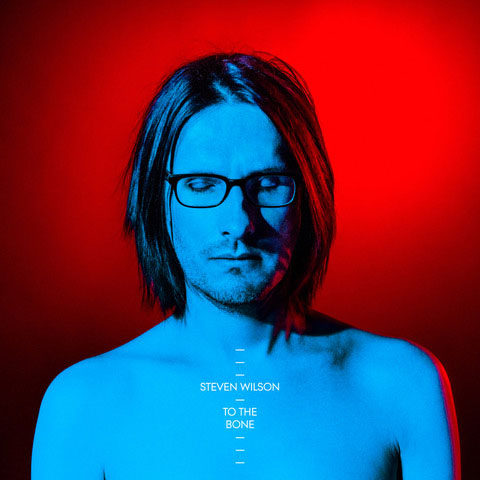 Steven Wilson will release To The Bone, his fifth studio album, in August. It will be available across a number of formats including a five-disc deluxe hardcover book edition.

The album is Wilson’s first since 2015’s Hand.Cannot.Erase which was a both a critical and commercial success. One of the highlights of that album was the song Routine which featured the vocals of Israeli musician/actress Ninet Tayeb. On the new album she contributes once more, singing on two tracks, Pariah and Blank Tapes.

A press release tells us that “Lyrically, the album’s eleven tracks veer from the paranoid chaos of the post-truth era and the creeping self-loathing of the technology age to steely fly-on-the-wall observations of the everyday lives of religious fundamentalists with a welcome shot or two of wide-eyed escapism.”. You can listen to Pariah, below.

The 11-track album runs for around 60 minutes and a bonus CD within the box set includes a further 55 minutes of demos and unused songs. Unsurprisingly,  there is a 5.1 surround mix of the album on the included blu-ray, alongside a hi-res stereo mix, an instrumental mix, two promo videos and ‘Ask Me Nicely – The Making of To The Bone’ – an 85 minute documentary shot by Lasse Hoile.

If you haven’t upgraded to blu-ray (why not!?) a DVD is also included which features the hi-res stereo mix, the 5.1 as DTS 24/96 and the two promo videos.

Finally, the deluxe book edition comes with a one-sided seven-inch single which featuers an instrumental track recorded during the album sessions. This is unique to the vinyl. The five-disc deluxe set is (for now) exclusive to Steven Wilson’s online store.

The 2LP edition of To The Bone will be half-speed mastered and pressed at 45RPM, so it should sound fantastic. The album will also be issued as a standalone blu-ray and of course a CD.

To The Bone will be released on 18 August 2017 by Wilson’s new label Caroline International.

For a limited time the SDE shop has SIGNED copies of this blu-ray. Order here.

To The Bone - blu-ray edition

to the bone - 2LP Vinyl edition

to the bone - CD edition

Deluxe hard back book edition includes full length CD of demos and unused songs, and a one-sided 7 inch vinyl single of a bonus song, both items exclusive to this edition.

120 page book designed by Seen Studio. Features a 12,000 word journal written by US journalist Stephen Humphries, who interviewed Steven over a period of months during the writing and recording of the album. Also contains over 100 Lasse Hoile photographs taken from the recording sessions and cover shoot, many of which are unique to this edition.
CD1: To the Bone – 11 track album (60 minutes)
CD2: To the Bone – demos and unused songs (55 minutes)

Bonus CD exclusive to the deluxe edition. 4 tracks are demos of songs that were not recorded for the final album, additionally the other demos have been selected because they differ significantly from the finished versions.
BLU-RAY:

Instrumental track recorded during the album sessions only available on this bonus one-sided 7 inch vinyl single.

On the standalone blu-ray