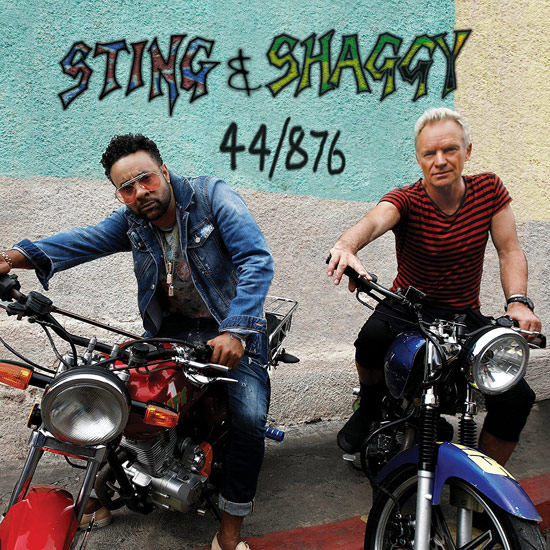 Sting and Shaggy have collaborated a new studio album called 44/876.

The musicians originally got together to record one track – Don’t Make Me Wait – but one thing led to another and before they knew it, they’d recorded a whole album!

44/876 was recorded in Jamaica and New York with Sting & Shaggy being joined by various musicians and writers, including Robbie Shakespeare of Sly and Robbie, Branford Marsalis and Sting’s longtime guitarist, Dominic Miller.

The 12-track album is being issued on CD and vinyl LP and as a deluxe CD which adds four bonus tracks. There is a two-CD ‘super deluxe’ set which includes four Sting/Police classics (and Don’t Make Me Wait) performed live with Shaggy “& friends” in Kingston, Jamaica and an interview. These are on a bonus CD, however this version doesn’t include the four bonus track on the deluxe. 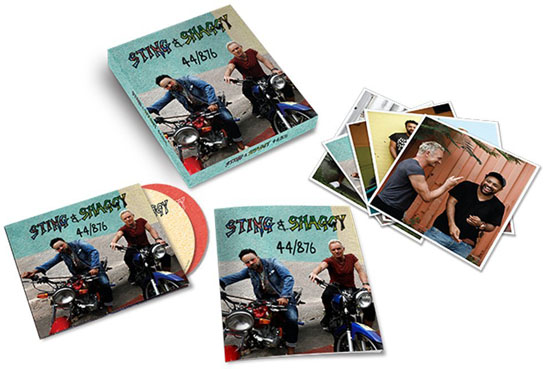 Also, there is a Target exclusive in the USA which has the same bonus tracks as the deluxe edition and a Japanese CD+DVD variant which includes the 16 tracks from the deluxe, adds two tracks from the Shaggy & Friends live tracks and includes a DVD with a couple of videos.