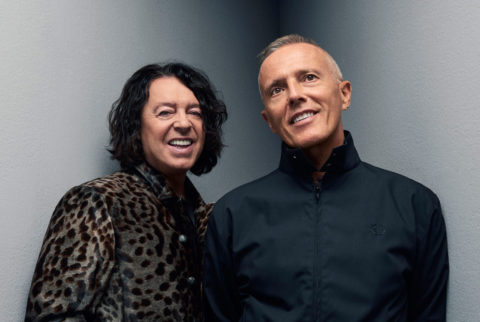 Tears For Fears have today – somewhat belatedly, it has to be said – unveiled a new video for their single I Love You But I’m Lost…

The song was one of two new numbers that feature on the recent Rule The World greatest hits and was promoted as a ‘single’, although no physical product, B-side or remixes were forthcoming. Watch the video below.

Rule The World is out now. 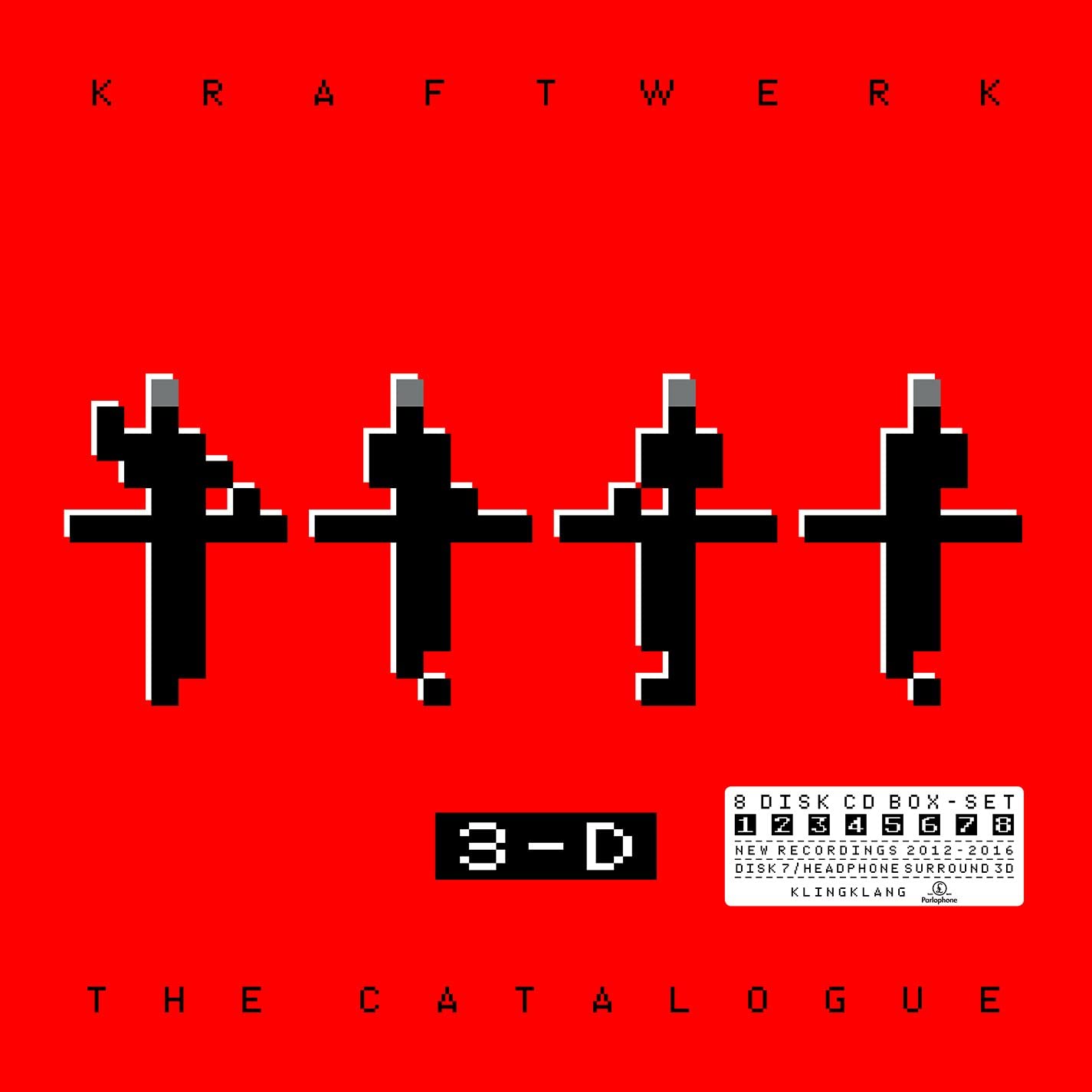 I luv this song. For an old band, they sound pretty new and updated. From reading some of the comments, sounds like a lot of people still want them to sound like they did in the 1980’s. There are a couple of bands that still sound like they did when they made their first albums, and to me, that is not a positive for them. I think bands/singers need to try out something new and grow with their craft.

Agreed, but they are not trying to sound different than all the other stuff that is out there at the moment

Nicely put William. I agree totally with you and it’s a great, modern sounding record (helped of course with it being co-written by Bastille). It still has the Tears For Fears ‘essence’ but it always will have if its their record. It’s very healthy of them to work with other people….keeps them sounding fresh.

Well i’ve tried listening to it many times and i’m not getting anything stuck in my head like most of their older songs.

I suppose that’s a problem with a lot of the modern music around. There are no melodies or catchy riffs. No risk of getting an earworm.

No Andrew, he looks fine to me but I’ve been on the Baileys…

Is it me or does Roland look like someone’s aunty?

Seems like many artists are not releasing physical singles and some are not even making single versions of album tracks available to buy or download anymore (OMD excepted). Gary Numan has 3 single edits from his latest album and has them on YouTube (only downloadable via certain software and at a lossy quality) but BMG has only made the first two available on physical media as promo CDs.

Well, there’s late and there’s late (re: song / video appearing)… My friends in all-girl quirky Americana band Wookalily released their first album three years ago. They’ve only just taken delivery (after a bit of video-editor armtwisting) of the video for their ‘single’.

So, promotionally it’s pointless. And they have a marketing budget of nothing. Still, it’s a fun, story-boarded, old-school promo which not only features the band (unlike the TFF one) but features several previous vocalist members guesting (pertinent to the story in the vid).

A bit of a tangent I know, but if anyone’s curious look for Wookalily ‘The Devil is a Woman’ on YouTube.

This video will not play in the USA. Thanks Universal !

It’s funny how when an artist or band gets older (or less photogenic), the produced video contains less and less of the artist themselves. (This video reminded me of those putrid reimaginations that the BBC used to do for some show fronted by (I believe) Dave Lee Travis or Kid Jensen.) Save for a brief still photograph, there’s really nothing to see here. 4’23” of a song with visuals. Juxtaposition this with the video for Shout, where they’re on-screen for around six minutes of the total run time.

I have probably said this before, but for the first few times I heard this on the radio, I honestly thought it was the new Take That song. Seriously – close your eyes and imagine it’s Take That – to me it really sounds like something off of Progress or III…

I like the song, but the timing to release a video so long after the track was released to radio seems poorly chosen. It doesn’t really seem to promote the guys as being back, but maybe it’s trying to reach a new audience as well by making them more anonymous.

I have to admit that song is terrible and i sincerely hope that is not a sign of things to come if they ever release another album. I was listening to that Rule The World compilation and whoever is responsible for the mastering on it needs shot as the sound quality is dreadful.

God! That’s painful to listen to. Nothing to do with the melody just the fact that like almost all modern music, everything is turned up to the max and the end result is a jarring noise.

Sadly, you are right :( Why do TFF still believe that this somehow increases their commercial success? It’s beyond me. Paul has been reading (and agreeing with) our comments about ELAHE, Roland has written a guest article for SDE, I have tweeted to Curt and Tim Palmer about this. Hopefully TFF will realize what a damage they are doing to their music. I hope for a better mix of “I Love You But I’m Lose” as a bonus track on the new album.

Content not available to those in the states.
A clue to the people who set these things.
It is 2017, not 1985.
A lot has changed.
Time to adapt.

So, two months later we get a video that doesn’t feature the artist to a track which wasn’t even released as a single. Equally as pointless as the album. Had it had featured ‘Laid so low (Tears roll down)’ or even better been a double greatest hit with a tracklist similar or the same as the one you suggested it would’ve been worthwhile. All in all, disappointing!

Everything is available in the U.S.A. with a good VPN!

Presumably not issued as a “single” [but what is these days?] so that fans have to fork out on yet another greatest hits.

It’s ok but not recognisable as TFF. The vocals are buried in there somewhere.

I agree, Oh for the good old days.

I was hoping for a cover of Sharon van Etten’s song of the same name. It’s not. It’s also not very good, so on the plus side at least they didn’t butcher someone else’s song…

Such a shame the ‘single’ wasn’t given a proper physical release with b sides, remixes, a great cover etc etc. *sigh* Oh for the good old days…

Agreed. I am the only person who thinks that these days record co’s promotion campaigns for releases are a bit of a shambles? Timing is off, product design is slack and promotion is just disjointed and an overall mess.

I would suggest that these kind of departments have been pared to the bone. What once would have been a strong marketing department with copywriters, artists, PR guys, gophers, artist liaison, journalists, dedicated printers, checkers and double-checkers and pressing plants a-plenty…… what have you is probably now a couple of Graduates with a laptop. That’s slightly tongue- in-cheek but there is a definite drop in standards that makes the good stuff stand out a mile from the rest of the poorly thought out, over-priced, low-content mush. Is anybody here in this kind of game? Are departments like this under-funded?

I don’t think you’re far wrong… Making this video must have cost a lot of money and is almost entirely pointless. Meanwhile they skimped and saved on ludicrously basic packaging for the greatest hits.

That is a very good pont! A fortune spent on a video too late to do any good – meanwhile the new best of is a very basic affair! I love TFF but I just can’t grasp the logic…

I doubt it’s worth the time, effort or money to release a physical edition single. They haven’t troubled the charts in 25 years and most people will hear this by either buying the compilation it appears in or streaming it. I know some acts (DM, NO, PSB) still do it but they probably have stronger fan bases. Anyhow, the song is just unlistenable noise but there again, I’ve never bought anything by the band although I do like the song Everybody Wants to Rule the World.

So you only like the song Curt and Rowland think is tat! Perhaps best you don’t go any further into the TFF back catalogue then RJ, as it’s chock full of stinkers like Woman In Chains etc….

I don’t intend to!

I would like to know where you got your information from about Curt and Roland* thinking that EWTRTW was tat ?

I know that this is about TFF, but the new song and video is not for me: no TFF resemblance in any way!

Not available in the US of A, because, you know, TFF were never really big here….

Outstanding song!! Absolutely love it. Video doesn’t play for us folks in the USA (really, record company?) but the song can be found on YouTube of course.