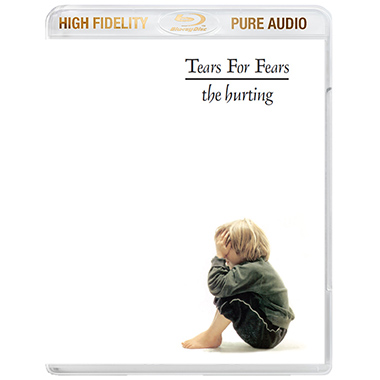 Tears For Fears‘ 1983 album The Hurting will be issued as a High-Fidelity Pure Audio blu-ray on 20 January 2014.

The album received the deluxe treatment back in October when it was issued as a 3CD+DVD box set. SDE Editor Paul Sinclair helped to compile the bonus tracks and remixes included on that special edition but unfortunately none of them appear to have been included in this Pure Audio edition which, according to Universal’s own website contains just the 10-tracks from the original album.

The audio-only blu-ray will deliver 24 bit/96 khz quality and is compatible with all blu-ray players. This will be a stereo only release. Tears for Fears have officially announced that they are “writing and recording new original material to be released in 2014”.

R.E.M. / Automatic For The People (reissue) R.E.M.‘s best album is their best reissue to date.…

EXCLUSIVE: Remixing Tears For Fears and the stereo channel saga