The Hitchhiker’s Guide to the Galaxy: Hexagonal Phase arrives on heavyweight neon green vinyl, and of course the packaging is consistent with the high standards of the preceding Primary, Secondary, Tertiary, Quandary and Quintessential Phase releases.

This full cast radio play was adapted from Eoin Colfer’s And Another Thing… the well received official sequel to Douglas Adams’ original book series. It also features some original material by Adams himself and was broadcast in 2018. 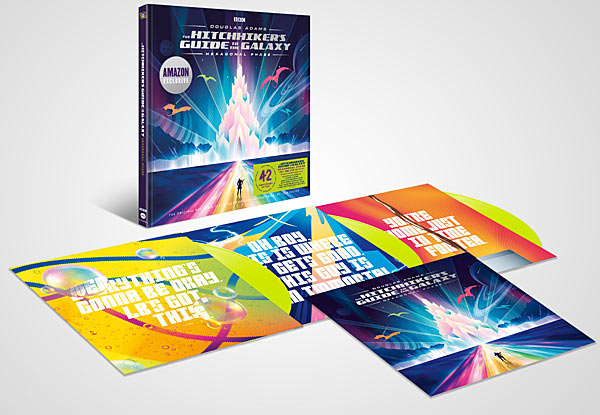 This has been previously available on CD and as a digital download, but this is actually the first time on vinyl and in face the first ever publication of the original radio edits of the Hexagonal Phase, as heard on their original Radio Four Broadcast.

Hexagonal Phase stars John Lloyd as the book, with Simon Jones as Arthur Dent, Geoff McGivern as Ford Prefect, Mark Wing-Davey as Zaphod, Sandra Dickinson as Trillian/Tricia Mcmillan, Samantha Béart as Random and Jim Broadbent as Marvin, with a guest cast including Jane Horrocks, Lenny Henry, Jon Culshaw, and more. The music is by Philip Pope.

There is an exclusive edition of this set (only available via Amazon UK) which includes a printed signed by Geoff McGivern (Ford Prefect). This is limited to 500 copies.

The Hitchhiker’s Guide to the Galaxy: Hexagonal Phase is released on 13 March 2020. 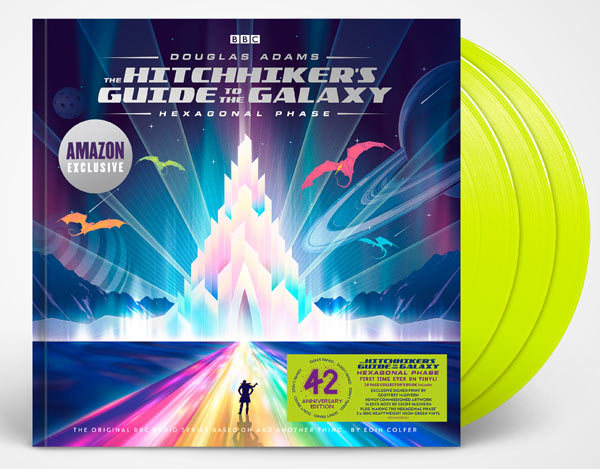 Hitchhiker's Guide to The Galaxy

Hitchhiker's Guide to The Galaxy 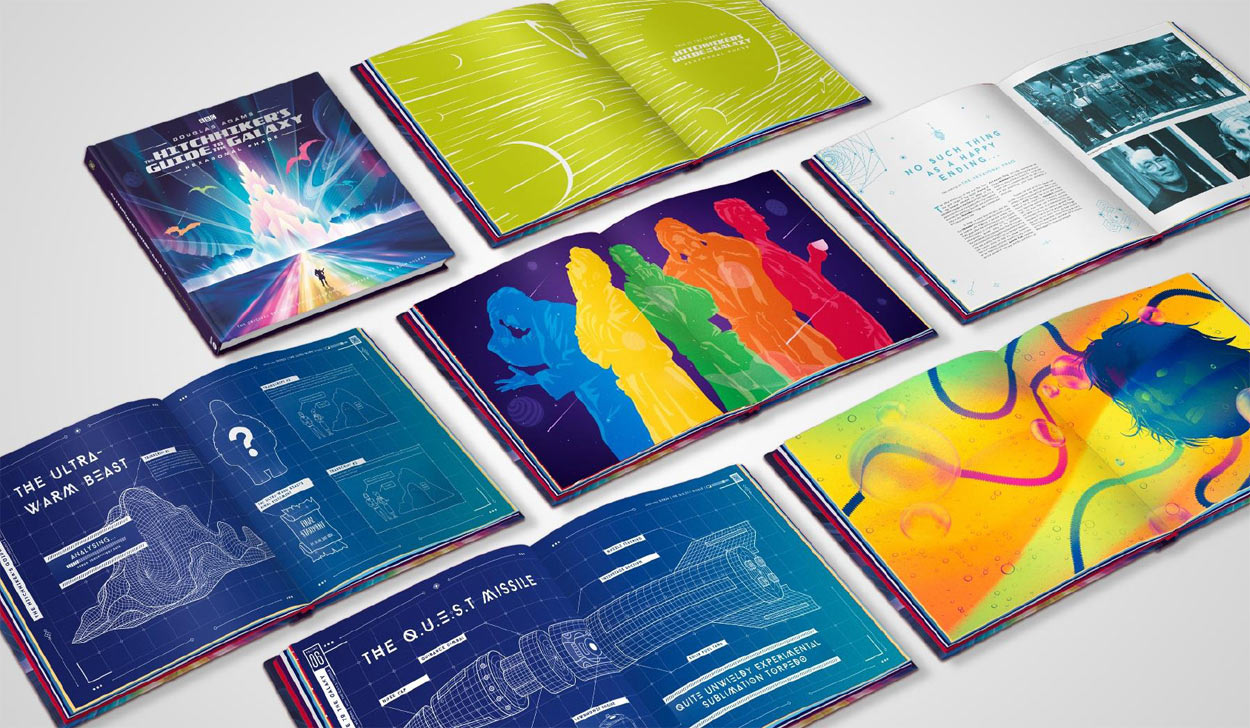 Side A
Episode One –Fit The Twenty-Seventh

Side B
Episode Two -Fit The Twenty-Eighth

The Hitchhiker’s Guide to the Galaxy: Quintessential Phase / 2LP vinyl