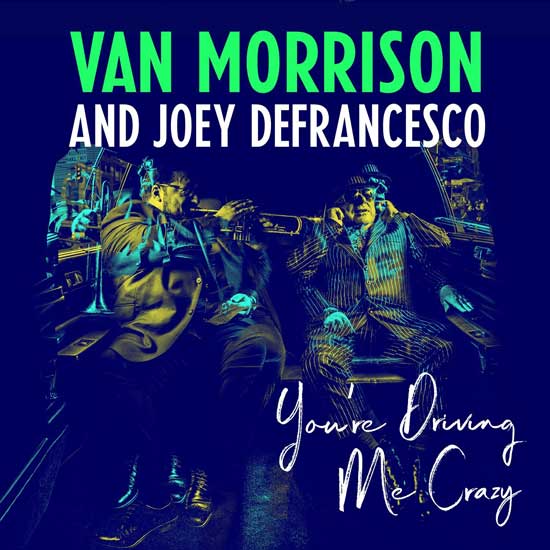 Remarkably, Van Morrison is about to release his third studio album in little over six months. You’re Driving Me Crazy is a collaboration with jazz organ virtuoso Joey DeFrancesco.

Morrison’s 39th studio album features fresh interpretations of Blues/Jazz Standards such as Miss Otis Regrets, The Things I Used To Do and Every Day I Have The Blues and Morrison originals including Have I Told You Lately, The Way Young Lovers Do and Magic Time.

Jazz organist DeFrancesco is a relatively young musician (he’s also a trumpeter and vocalist) who signed a deal with Columbia records at the age of 16 (in 1987) and was performing with Miles Davis a year later. Others in the band for this new Van Morrison album include Dan Wilson (guitar), Michael Ode (drums) and Troy Roberts (tenor saxophone).

You’re Driving Me Crazy will be released on 27 April 2018 via Legacy Recordings.